Edvard Munch’s iconic painting The Scream has been given a lot of attention. It’s one of the most iconic paintings in popular culture. It’s inspired countless spin-offs, and it’s on every schwag-tastic bit of kitsch. My cell phone has a Scream emoji. The original painting (1893 version made with oil, tempera, and pastel on cardboard) was stolen in 1994 and recovered within three months, only to be stolen again in 2004 and recovered again in 2006, and it last sold for auction for nearly 120 million dollars. It seems like historians are always hungry for clues about it’s mysterious colors, origin, and meaning imbued within it. It is the painting that launched a thousand therapists, because the expression of angst within it is familiar to everyone.

People ask if the title “The Scream” describes the person in the painting, open mouthed with horror. Or if The Scream describes the inner psychological turmoil within Munch himself. Perhaps there was a particular event that made it seem as if everything was a nightmare, and that’s what he painted.

There are actually 4 different versions of The Scream, plus a lithograph. Munch used the scene in other paintings too. 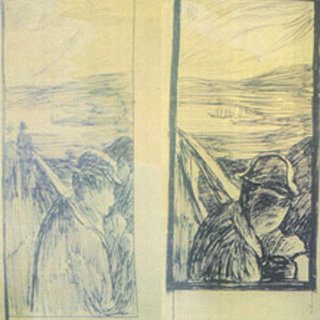 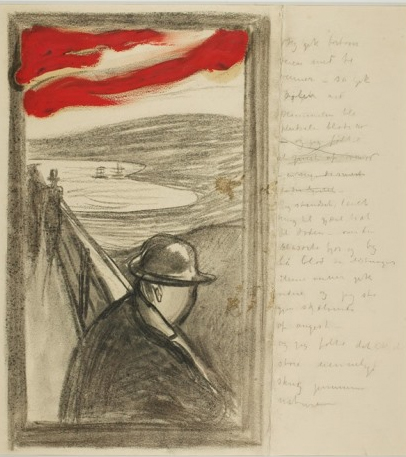 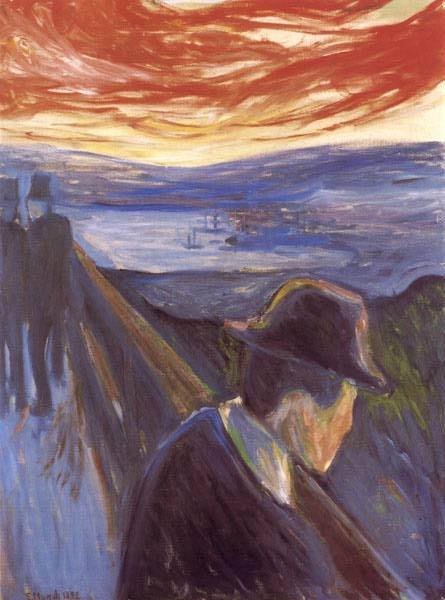 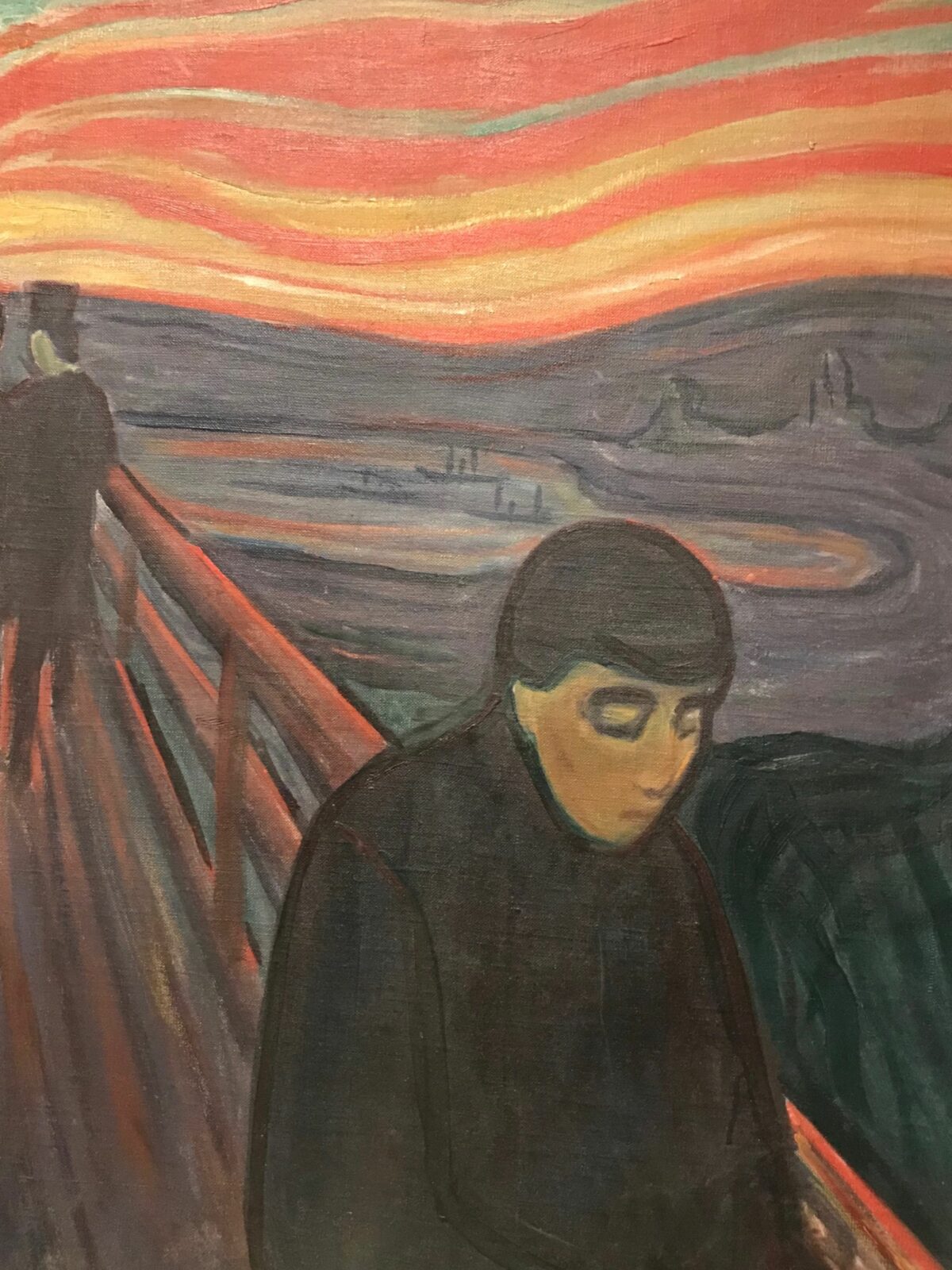 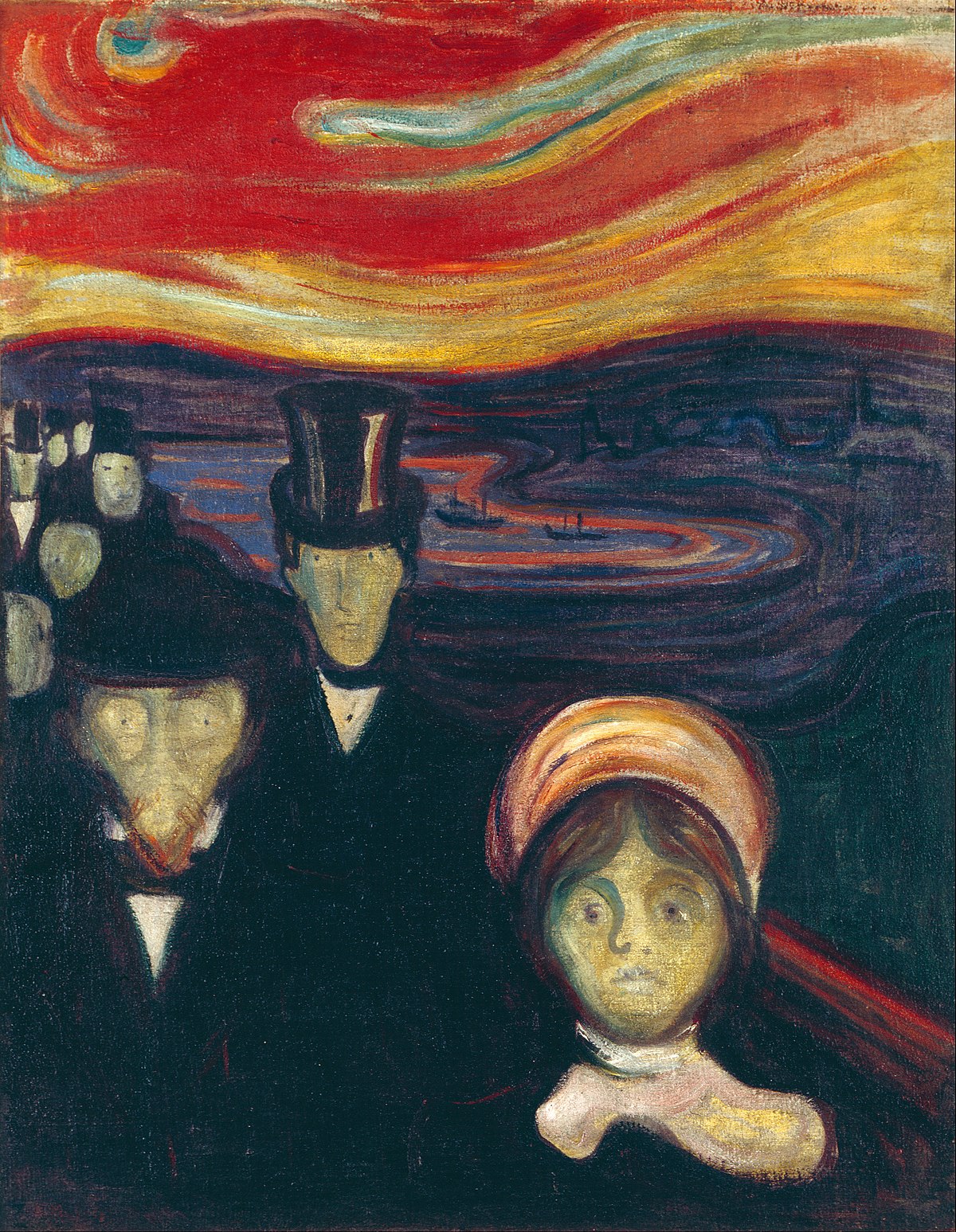 – together with two companions . . . the sun went down . . . it was as if a flaming sword of blood slashed open the vault of heaven – the atmosphere turned to blood – with glaring tongues of fire – the hills became deep blue – the fjord shaded into cold blue – among the yellow and red colors – that garish blood-red – on the road – and the railing – my companions’ faces became yellow-white – I felt something like a great scream – and truly I heard a great scream. ”

Munch wrote that the sky’s effect was after sunset, and it was over in a moment, not after 2 months like Krakatoa.

How about this: There is another meteorological phenomena that may better explain the blood red clouds in Munch’s painting. They are called Nacreous clouds – also known as mother-of-pearl clouds. Nacreous clouds occur mainly at high latitudes during the winter when temperatures in the stratosphere fall below freezing. They are most common in Antarctica, but have also been observed in parts of northern Europe. 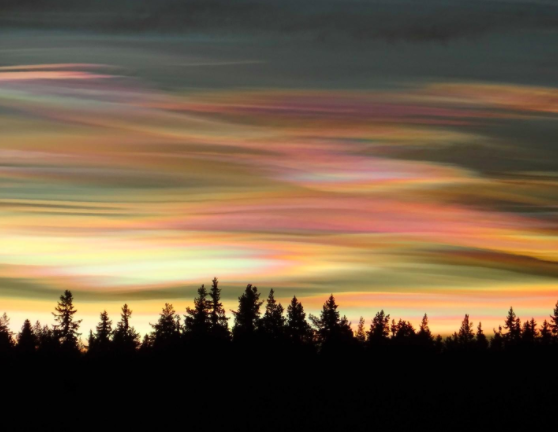 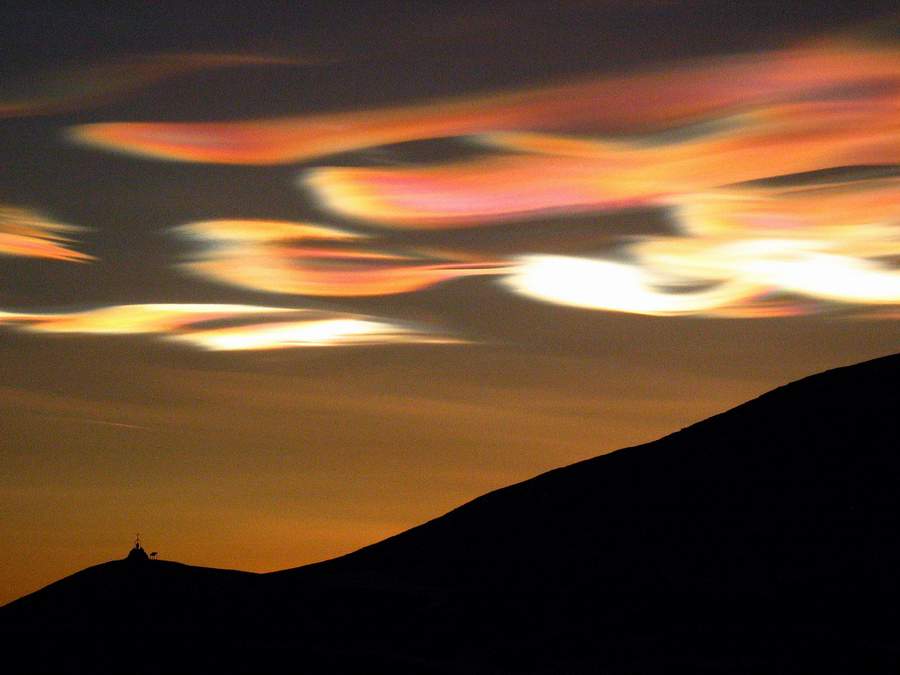 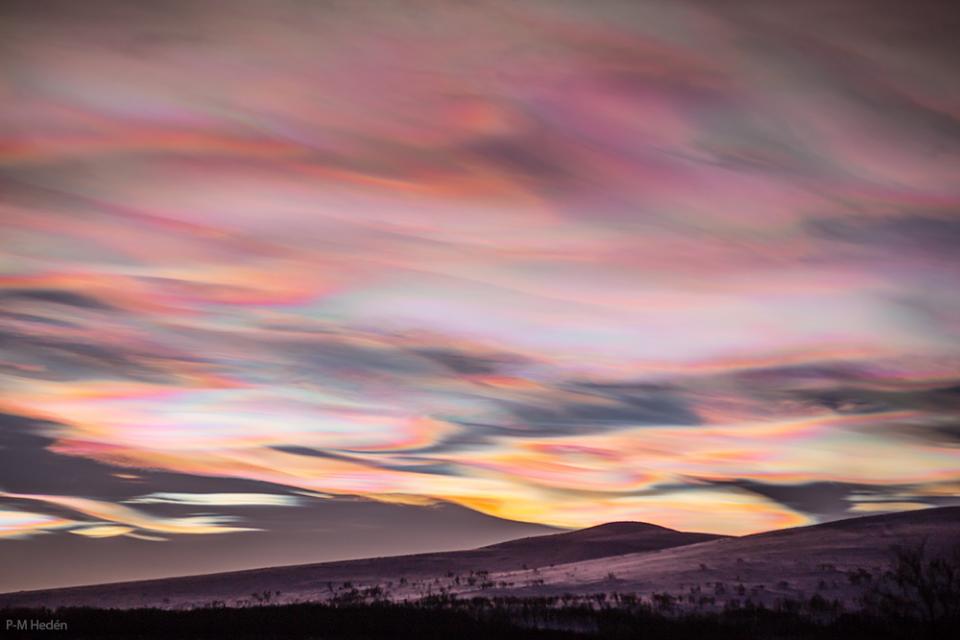 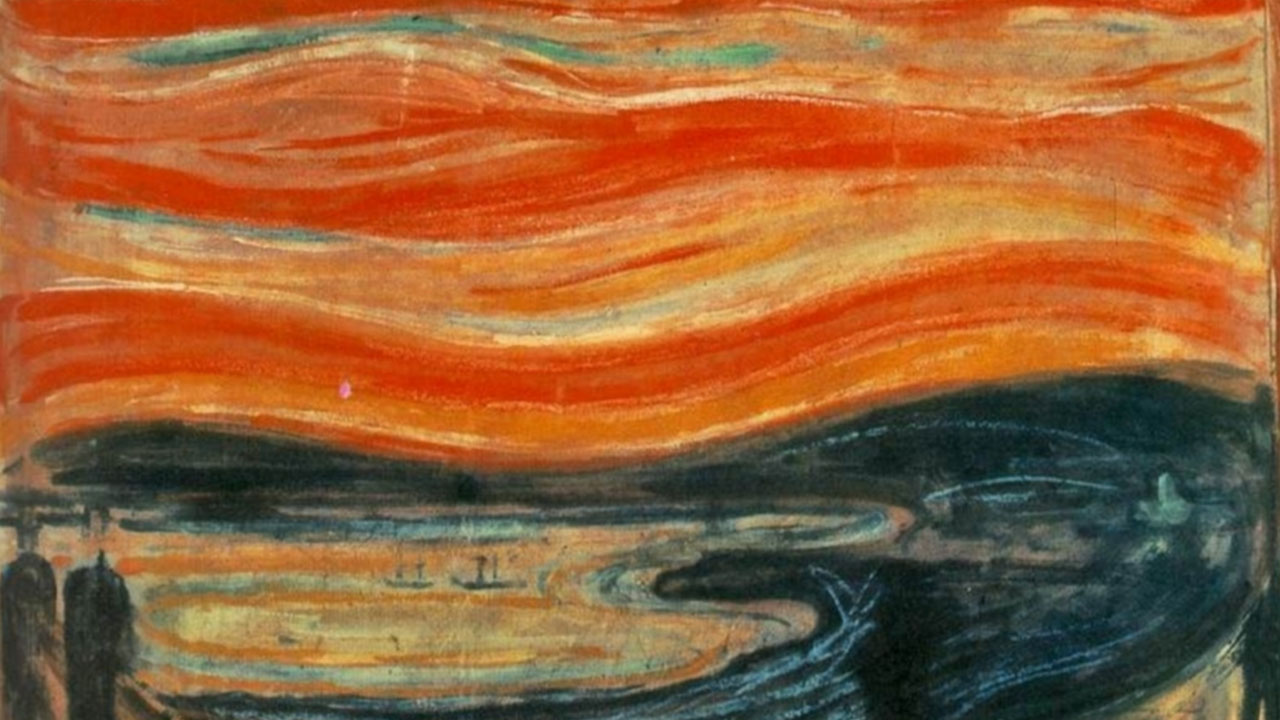 Sky in Edvard Munch’s The Scream

They are rare, but typically seen within two hours after sunset when the sun is several degrees below the horizon. They first blaze with bright and shifting iridescent colors, then, with the sun farther below the horizon, the pearlescent colors are replaced by orange to pink hues that contrast vividly with the darkening sky.

Those are potential inspirations, as hypothesized by various natural scientists, who look to nature for explanations. The psychologists, who look for answers within people’s minds, tend to suggest it was inner torment that made The Scream. Perhaps it was a combination of several events. With iconic artwork and so much speculation, it’s hard not to wonder.