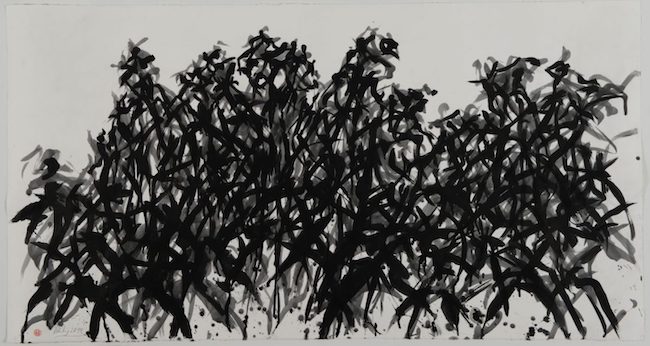 He studied Asian calligraphy. This isn’t just because there’s a red hanko in the lower left corner, I see his brush on this artwork in particular is made with a sumi-e brush. Sumi-e brushes don’t bounce back into shape like European style brushes, and you can see how on this the brushstrokes start narrow, then some finish wide, where the soft hairs have bent and opened, and stayed in that shape rather than reforming into a point when the artist lifted the brush gradually at the end of the brush stroke. Some of these brushstrokes start with a big flat inky splat as he lands the brush on the paper after loading it from the ink cup in his left hand. (This has nothing to do with reading a process, but yes, I think he’s right handed because more of the diagonal brush strokes are from upper right to lower left, or lower left to upper right, and this diagonal suggests a right handed person.) 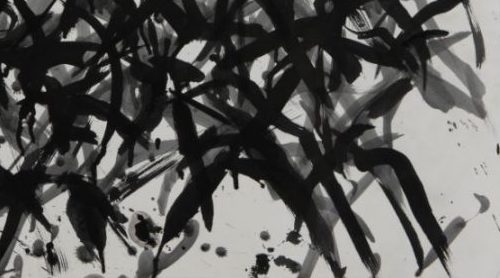 There are drips on some drawings, and the drips are round, not running vertically down the paper, which suggests the paper is flat. Some of the drips start right before a line and follow the same direction, which suggests the artist loaded his brush with ink, and the brush dripped down on a horizontal surface on the way to making the line. 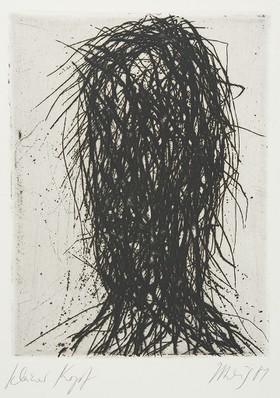 The types of lines show focus but not fine dexterity, attention but not image perfection, which suggest the artist is creating from keen observation of a live model, looking mostly at the model and seldom at the paper.

I admit it’s also likely he could be drawing from memory, letting the images emerge before him, not drawing from a model at all. I really don’t know. Clearly he has practiced quite a bit of figure drawing gestures. Since Figure Drawing sessions are usually timed, artists learn to let go of some control, and they learn to work quickly. The goal isn’t perfection, but how to stay loose and focused with limited time and complicated subject. People who study figure drawing gestures learn to do drawings ranging from 1, 5, 10, 20 minute sessions, keeping their mind sharp and their hand fluid.

The lines are slightly out of control, so he’s at least 8″ away, holding the handle loosely, and vertically instead of at an angle, so even if he’s using a round brush with more bounce, he’s showing his sumi-e influenced style of ink work here, just by how he holds the brush dangling with the point down.

I wonder if he has a slight tremor?

See those lyrical lines across the side of the head? They are extra long lines, and at a gentle curve. This suggests they could have been made at quite a distance from the artist. He might have had the brush taped to a long stick. This would put the drawing on the floor, and have him standing above it, at a long distance from the drawing. This tends to produce especially lyrical lines, and wider crescent side-to-side marks because of the brush’s angle from the body. For example, hold a pencil to paper, and keeping your arm locked in place, pivot your hand only at the wrist while you make lines on the paper. See the round crescent shape your pencil makes? Now hold your wrist still and pivot from your elbow. See how the crescent widens out a bit? Drawing from a longer distance widens the natural crescent shape. I could be wrong about this drawing here, and I could be wrong about those crescent shapes, but due to the style of relaxed but focused patience in short sittings, I am guessing at some time he practiced drawing on the floor with long sticks.

In this one it looks perhaps as if he played a game with himself. Many brush strokes start at the shoulders, then go up and around or within the contours of the head in an upside down “U” shape, ending again at the shoulders. What a fun way to draw a head! See how he took the photo while the ink was still wet? You can see the cheap sketch paper buckled in the wet spots. To stop and take a photo before a picture even has time to dry, he must have been quite pleased with it. 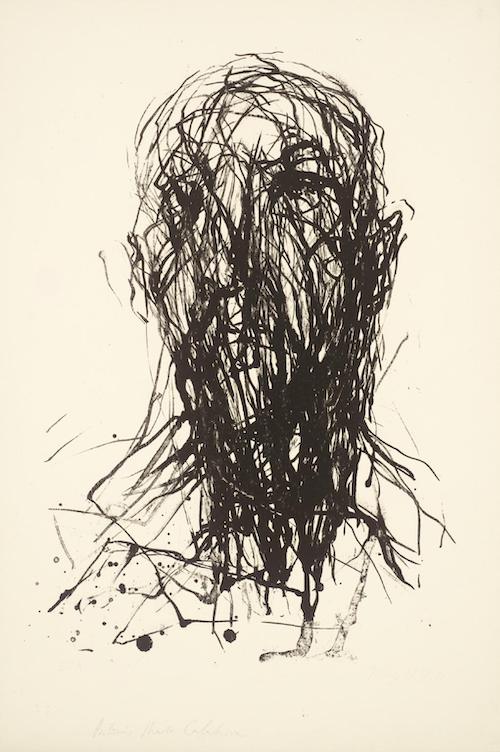 This one has more verticals, starting at the bottom and going up. I’m curious about this. Perhaps he just started closer to where he was reloading the ink.

Reloading the ink takes time, so I’d say these drawings were made in about 5-10 minute model sittings. I don’t think this one is from memory. The way he studied the criss-crossing limbs across the center, and the foreshortened thighs looks like a life drawing.

Some of these are lithographs, so I assume he did piles of these ink drawings, then chose a few favorites to reproduce and sell. 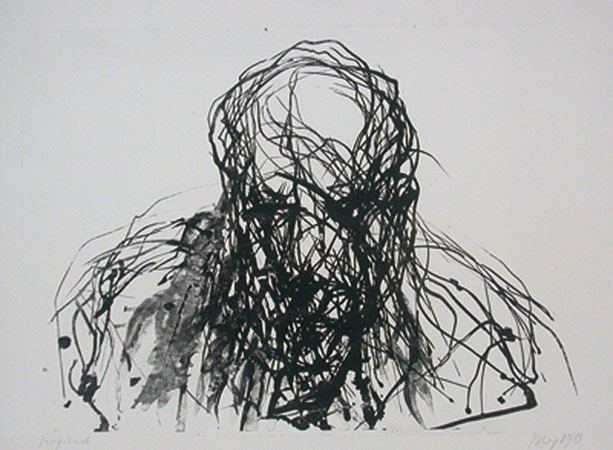 Interested in trying some of these ideas? The next session of Figure Drawing classes start July 28. Don’t delay. Classes are filling up!