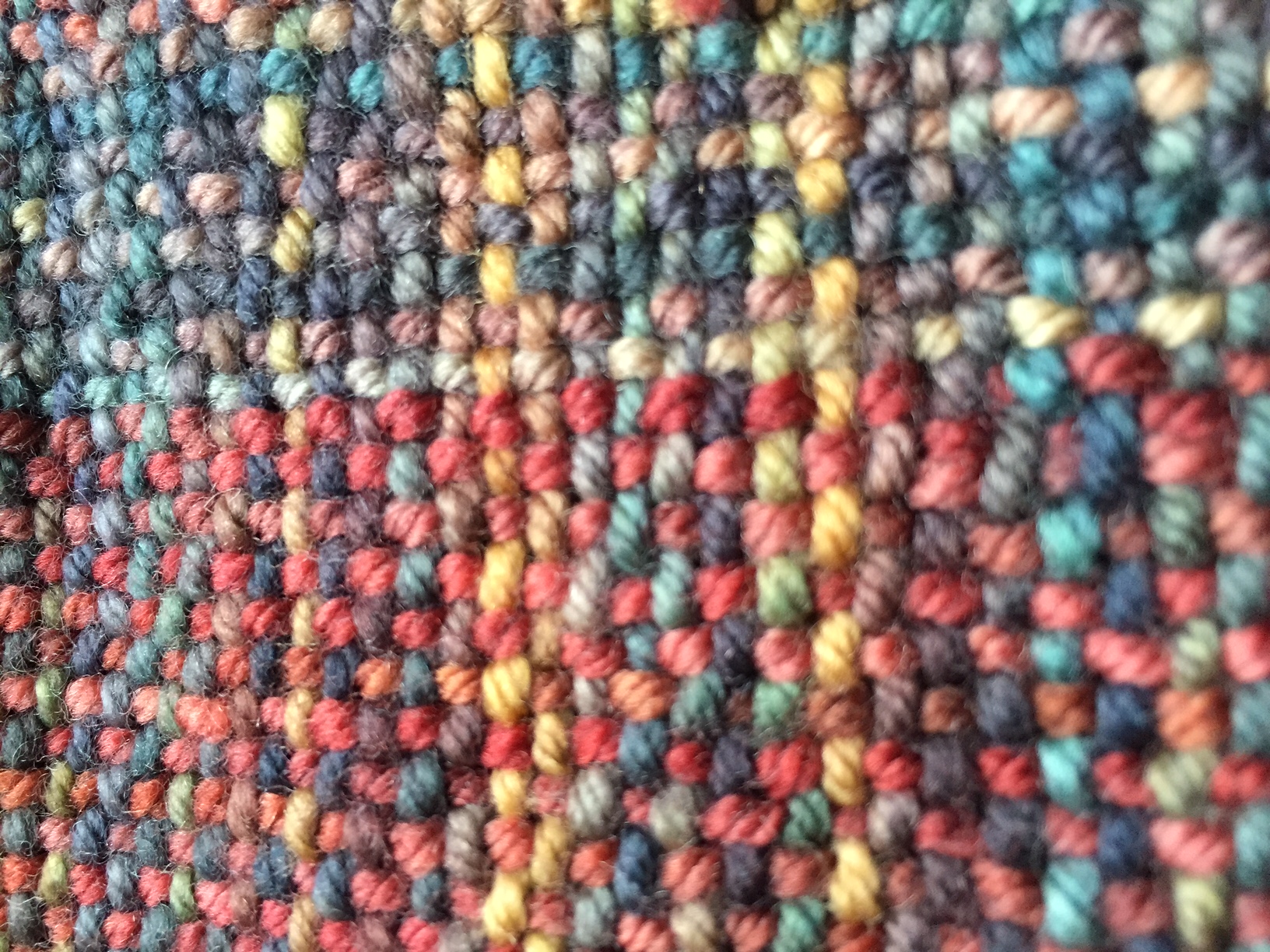 One way to use broken color is to create optical color mixing, which is to put colors side by side, instead of mixing them together. Viewed from a far-ish distance, the colors visually mix. Viewed a bit closer up, the difference in colors visually pop and vibrate, giving the sensation or the impression of light.

Think that vibrating colors are one of those made up arty things? Take a look at this red/green wrapping paper. See how the trees and green are visually jumpy? 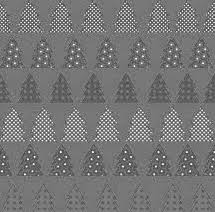 The grayscale version appears to have less vibration, and less light.

The technique of broken color goes back as far as the practice of weaving color rich tapestries (1600’s), is mentioned in Michel Chevreul’s “A Colourist’s Guide to Margarine” (1839). It was highly utilized by the Impressionists, and is still popular in painting today. 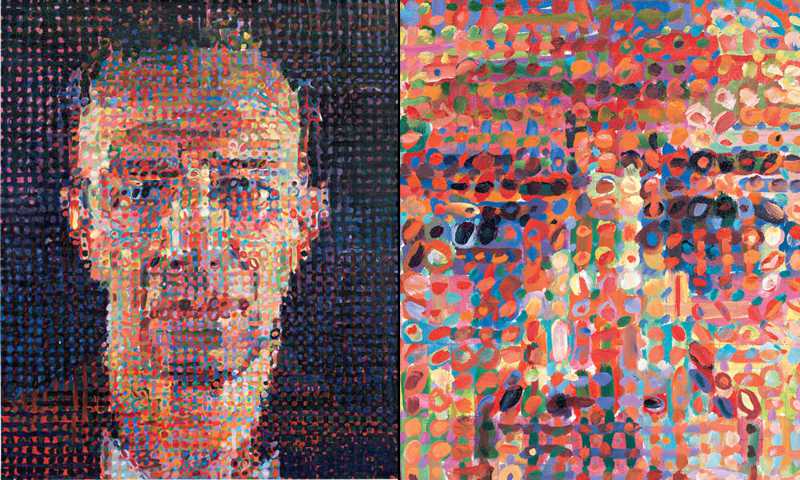 One of the “Group of Seven” Canadian Painters

Notice too, how the underpainting was orange. You can see the orange peeking through each brush stroke. Imagine if the same painting was on white gesso. Not as good. 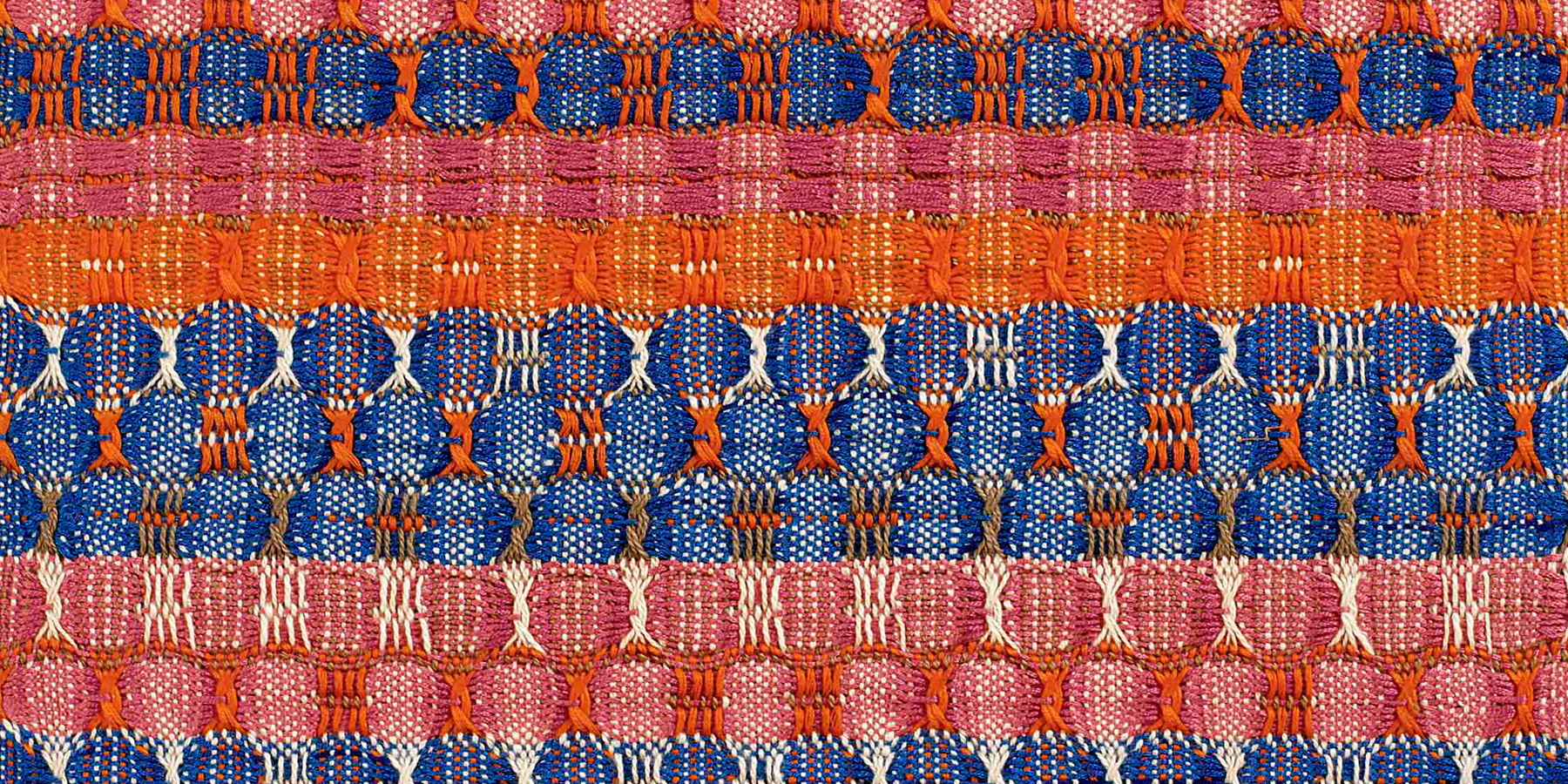 Detail of weaving by Anni Albers

PS. I was joking about Chevreul’s Colourist’s Guide to Margarine, but only slightly.