Henry Darger’s “Vivian Girls” (…) look like the angelic young girls of the magazines and media from Darger’s day, except he often rendered them with penises. Today, from our more gender-fluid point of view, they might be considered the earliest transgender superheroes. – Artsy

You can see more artworks, and read about the personal story behind Darger’s epic series of Vivian Girls, on Artsy. 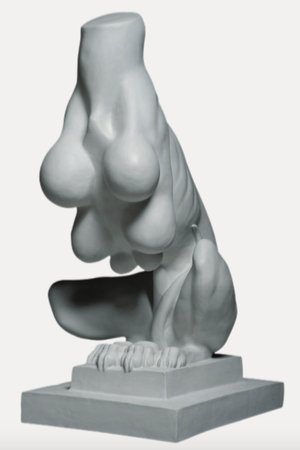 …Bourgeois’ sculpture was inspired by an eighteenth-century marble in the Louvre by F.A. Franzoni (Trone of a Priestess of Ceres), in which two winged sphinxes sit guarding a throne. Doing away with the head, arms and wings, Bourgeois (1911–2010) draws attention to the ambiguous sexuality of her creature, which she claimed was a symbolic self-portrait. The six breasts represent her nurturing role as a mother and wife, providing for her husband and three sons. While the claws symbolize the defensive matriarch, guarding those she loves, Bourgeois described the phallus as “the subject of my tender-ness … after all, I lived with four men … I was the protector.”…  – Artspace 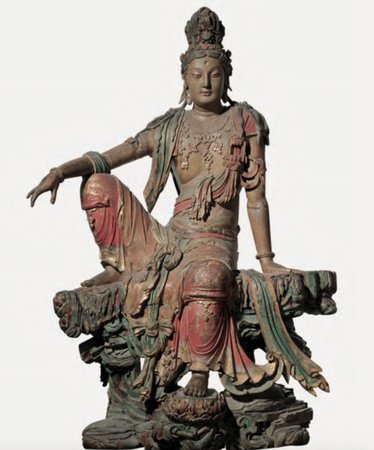 According to one legend, male same-sex love was introduced into Japan by the founder of the True Word (Shingon) sect of Japanese esoteric Buddhism, Kūkai. Historians however, point that this is probably not true, since Kūkai was an enthusiastic follower of monastic regulations. Some Bodhisattvas change sexes in different incarnations, which causes some to associate this to homosexuality and transgenderism. Guanyin, Avalokiteśvara, and Tara are known to have different gender representations. – Wikipedia; LGBT themes in mythology

Originally intended as a joke at the viewer’s expense, The Sleeping Hermaphroditus is an ancient marble sculpture depicting Hermaphroditus in life size. You can learn more about this artwork in this article in the New York Times.

Want to learn more about all of these artworks? Visit Artspace; The Art of Gender Fluidity.