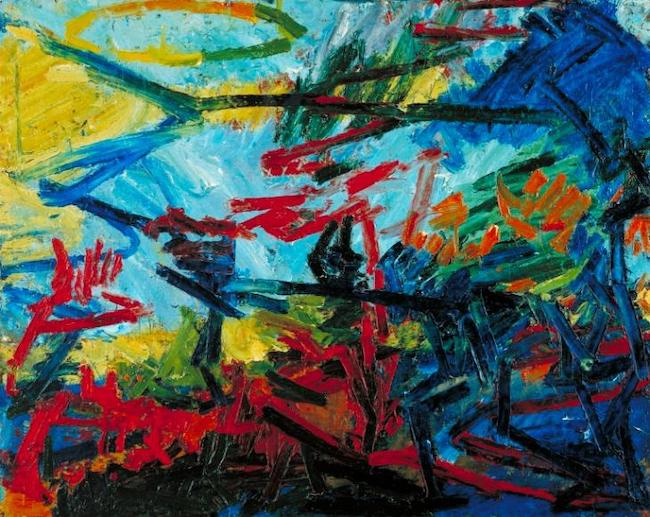 In 1970-1, Frank Auerbach did a study on Titian’s ‘Bacchus and Ariadne’. Auerbach abstracted the forms but distilled the essential pieces of the composition – a great exercise for any artist. We did some modern interpretations of classical compositions in my classes last quarter. I’ll post some pictures soon. For today, here’s Auerbach’s study of Titian. 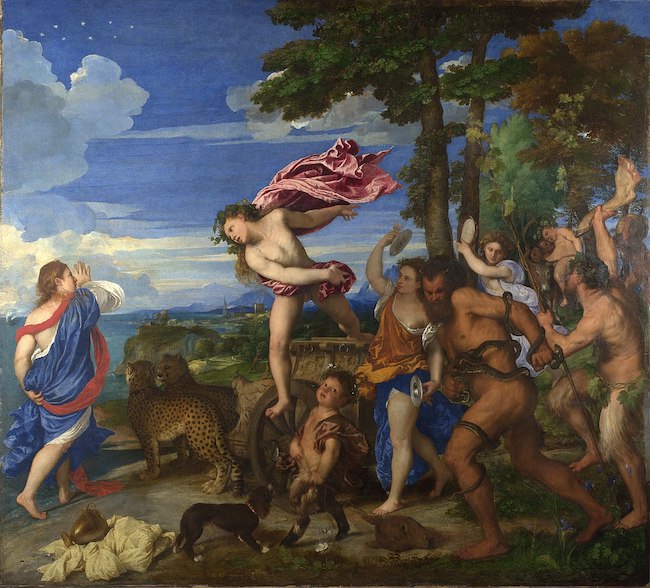 You might recall yesterday’s post included a Matisse, in which the brush strokes abstracted, and instead of describing form, they separated, and became a pattern. You might notice Auerbach’s sketches starting to do something similar here. He lets go of the figures, the picture, the illusion of space. He lets go of the landscape, and he lets the brush strokes float on the picture plane’s surface, but still in motion and relationship. Here’s that final painting again:

What do you think? Did he get it?