In 1905, Henri Matisse and his friend Andre Derain both painted Matisse’s wife Amélie in her Japanese kimono. The two artist’s works are similar, yet with some interesting differences. While Derain divided the canvas into swatches of color, he described the face in a more formal manner. In the other painting, Matisse has divided the canvas into swatches of pattern, and the figure takes no importance over the background, the surface is equally patterned with brushstrokes, more abstracted. They both use the figure to make a diagonal line from upper left towards the lower right / center, and they both use the same palette of colors. In Derain’s painting, the blue lines of the kimono swim within the white, while the rest of the surface of the painting is solid. In Matisse’s painting, the lines of the kimono swim within the white, and that seems to have influenced the pattern treatment for the entire canvas, each brushstroke surrounded by the white of the canvas. 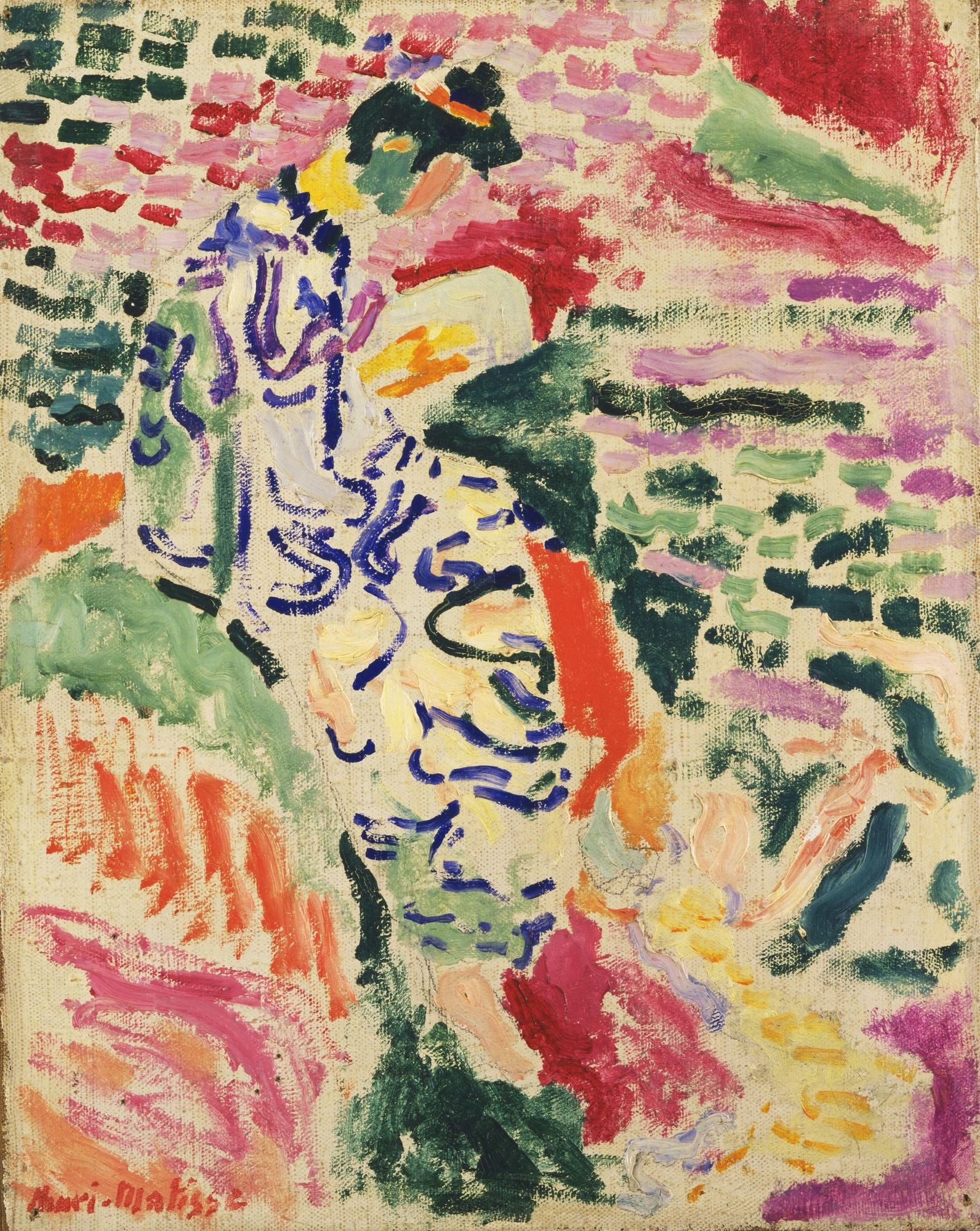 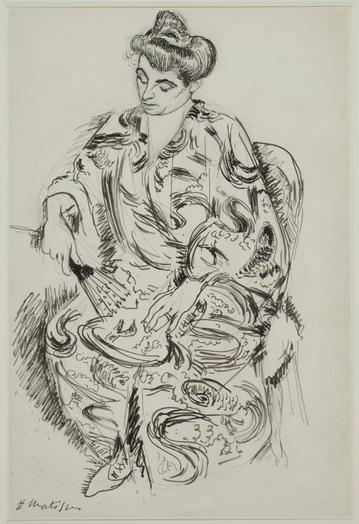 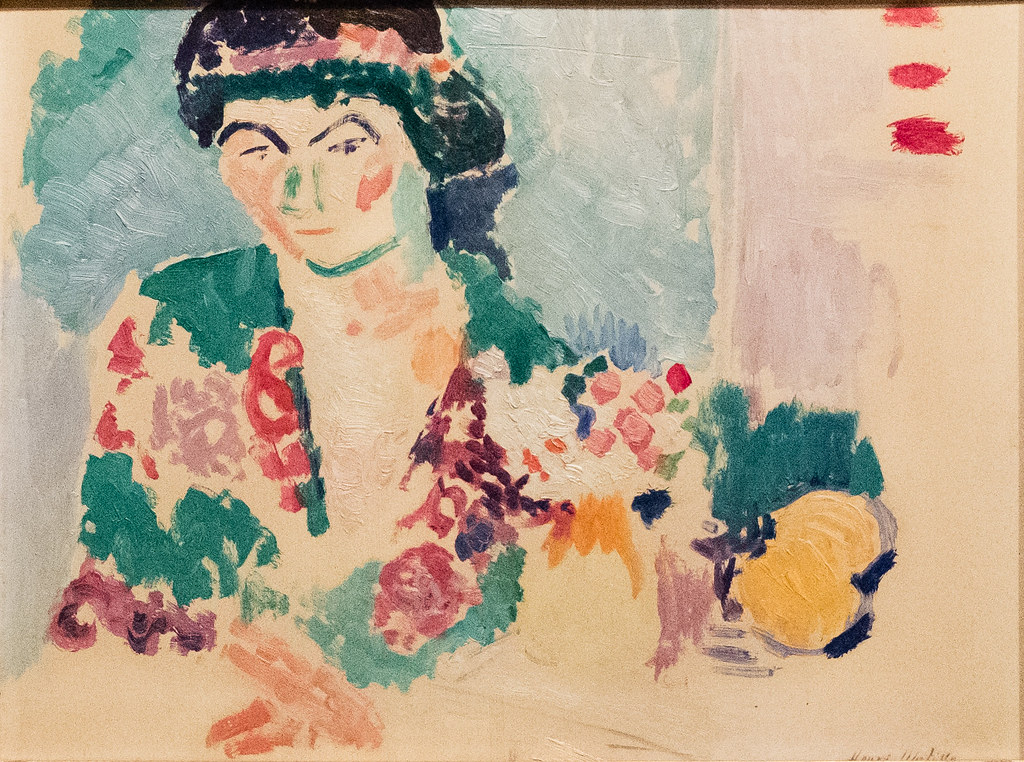 Henri Matisse paints Amélie again, this time as a “Woman in a (different) Kimono” 1906-ish

I’ve heard from several students that Brushstrokes is one of the best classes they’ve ever taken. I offer it once a year, and there’s a class starting next week. There are still a few spots if you’d like to jump in on Thursdays 6-10pm. Not a night person? No problem. I do the lesson at the beginning of class, so you can get all of the lesson info and still get to bed early. You can even email me pictures of your work in the morning, and get feedback.