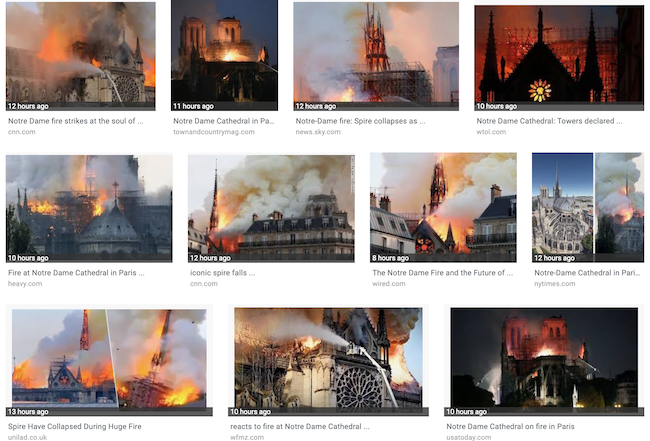 The Notre Dame cathedral in Paris is a masterpiece, a cherished jewel of medieval Gothic architecture. I remember reading about the flying buttresses in art history classes. The architecture made a fabulous impression on me, as the bones of the fantastic buttress structure was displayed outside the building both as supports and as ornaments. They reminded me of a lizard fanning his decorative collar, or a lionfish’s gracefully drifting spines.[/vc_column_text][vc_gallery type=”image_grid” images=”14261,14262,14263″ layout=”3″ gallery_style=”1″ load_in_animation=”none”][vc_column_text]Of course the words “flying buttresses” caused me to think of heavily quaffed nuns, stiffly flying through the air. Or Sally. 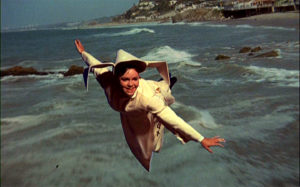 That’s what Dames are made of

Construction of the cathedral began in 1163, and was completed in 1345. The wood used for the framing of the cathedral consisted of 1,300 oak trees, or 2.5 acres of forest. I don’t know how old the trees were when they were cut, but oak trees can live for 400 years. After they were cut and carved into boards and ornaments, these oaks served for up to 850 years. Unfortunately, oakwood burns. So does masonry, which burns and degrades under the intense heat from the oaks.

Over the centuries, Notre Dame became home to many paintings, musical instruments, religious relics (such as the main J’s crown of thorns and some saint’s teeth), and stained glass artworks. The sources I found online said “most” of these artworks had been rescued from the fire, but officials haven’t released which artworks escaped, and which joined the list of martyrs. I did what I could to find Notre Dame related artworks today, but I would appreciate your help filling in the gaps.

This is a picture of a Roman fresco inside choir stalls. The photo’s labels said “Notre Dame” but I could find no other images to confirm this is actually in the cathedral. They could have been mislabeled. If you have additional information, please let me know.[/vc_column_text][image_with_animation image_url=”14311″ alignment=”” animation=”None” box_shadow=”none” max_width=”100%”][vc_column_text]

The cathedral’s pipe organ dates back to the 18th century and is the largest in France. The organ has five keyboards, 109 stops, and nearly 7,374 pipes. It appears that the pipe organ was lost. 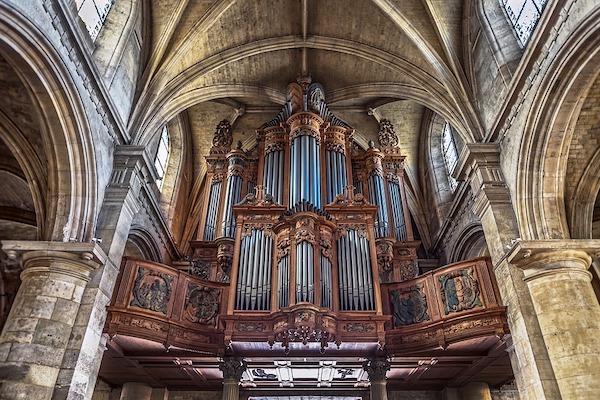 From 1856 to 2012, the four major bells atop the northern towers of the cathedral were rung every 15 minutes. They also rang for significant events, such as the end of World War I in 1918, the liberation of Paris in 1944, and in honor of the victims of 9/11 in 2011. The four bells—which were named Angélique-Françoise, Antoinette-Charlotte, Hyacinthe-Jeanne, and Denise-David, after French Catholic saints—were melted down and replaced by eight new ones in 2012. The reason for the change was to recreate the sound of Notre Dame’s original 17th-century bells. (Source: https://www.thegospelcoalition.org/article/9-things-know-notre-dame-cathedral/) 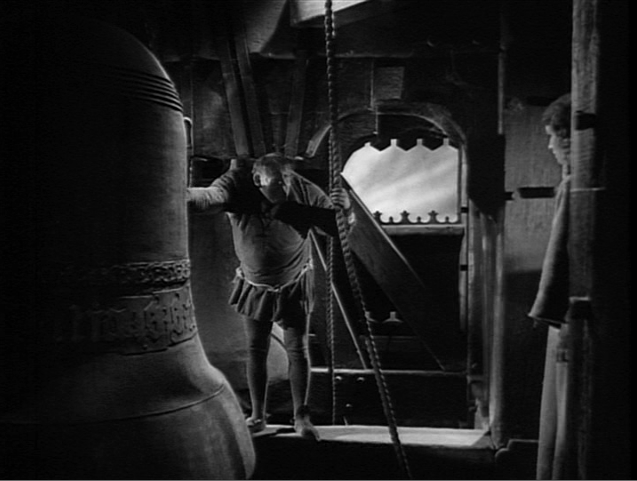 Quasimodo and the Bells, 1939 Hunchback of Notre dame 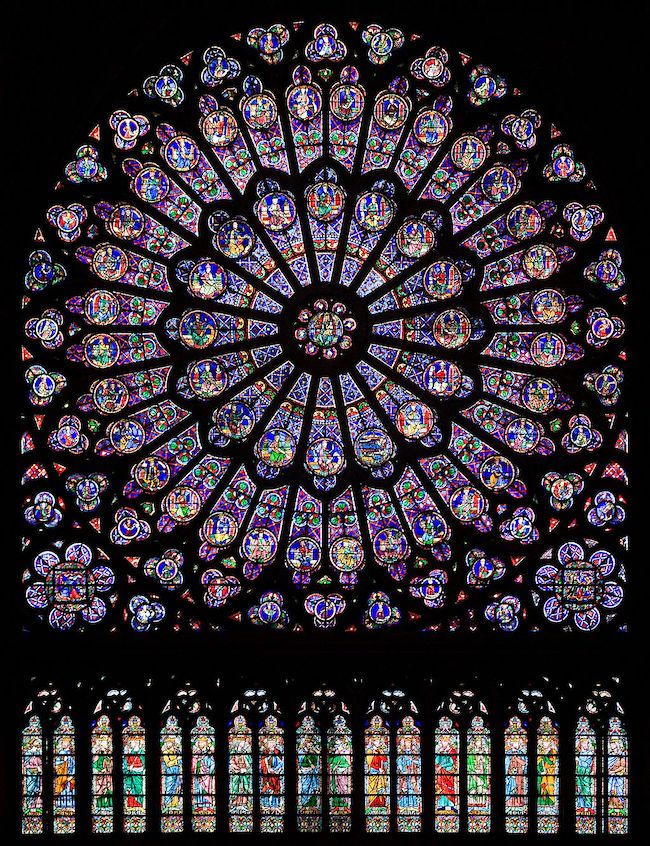 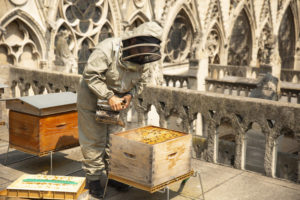 While not technically artworks, I just wanted to mention the bees because I am especially fond of bees. I will say the exquisitely perfect honeycomb structures they build are every bit as beautiful as Notre Dame’s gothic expression. Also they dance. Catholics: 1, Bees: 2.

In 2013, a hive of honey-producing bees was placed on the roof of the sacristy (i.e., the room where the priest prepares for a service). The types of bees—Buckfast bees—were bred from a special strain at a Benedictine monastery, and known for their gentleness. The beehive is hosted on the cathedral to “recall the beauty of the Creation and responsibility of man towards it.” (Source: https://www.thegospelcoalition.org/article/9-things-know-notre-dame-cathedral/)

No word yet about the bees. 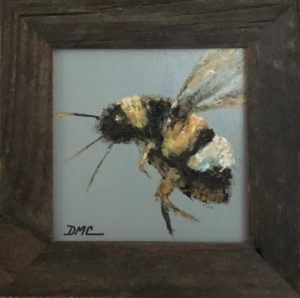 There were 37 representations of the Virgin Mary inside the cathedral. The most famous of those is a Madonna and child called Our Lady of Paris (The vertical lady with the baby, not the gargoyle).

Mays or Petits Mays were a series of paintings in 17th and early 18th century Paris. They were commissioned by the goldsmiths’ guild of Paris to offer to the cathedral in the early days of the month of May. The tradition began in 1630 and one painting was offered each year between then and 1707, with the exception of 1683 and 1694. I was not able to find all the paintings, but I was able to find most. Also, the names change a bit in translation, and at times I wasn’t certain I had the correct painting, so please let me know if you see an error.