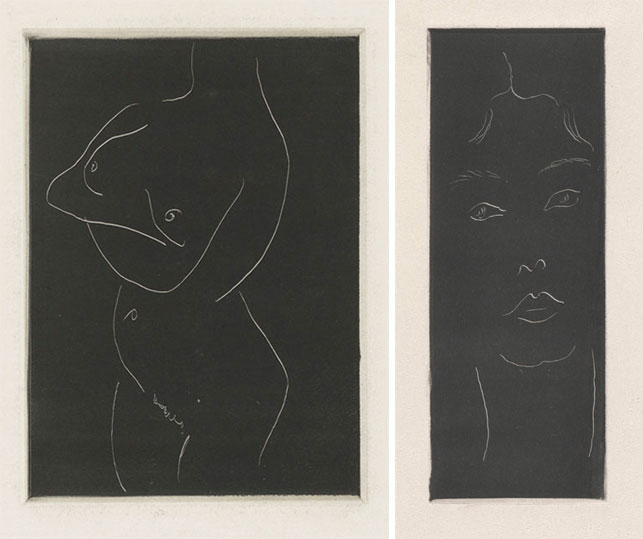 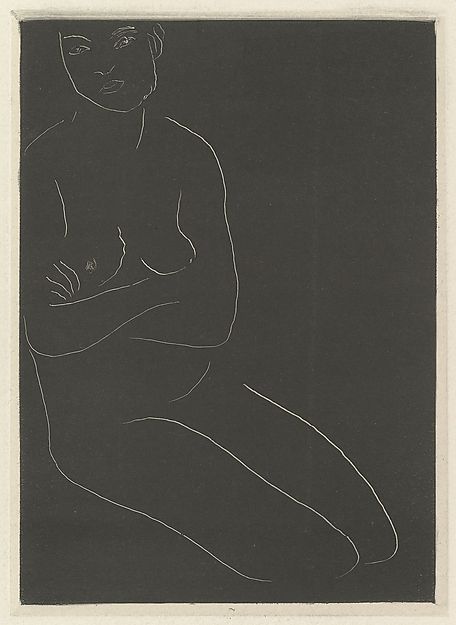 Matisse created his black-and-white monotypes by covering a copper plate with black ink and then lightly and swiftly scratching into the pigment with a tool, so that the linework emerged through the dark ink ground. To transfer the image to paper, damp paper was laid on top of the plate and then run through the printing press, so the paper picked up the ink from the plate. Matisse’s monotypes are the inverse of his etchings made during the same period of time, many of which utilized the same copper plates. 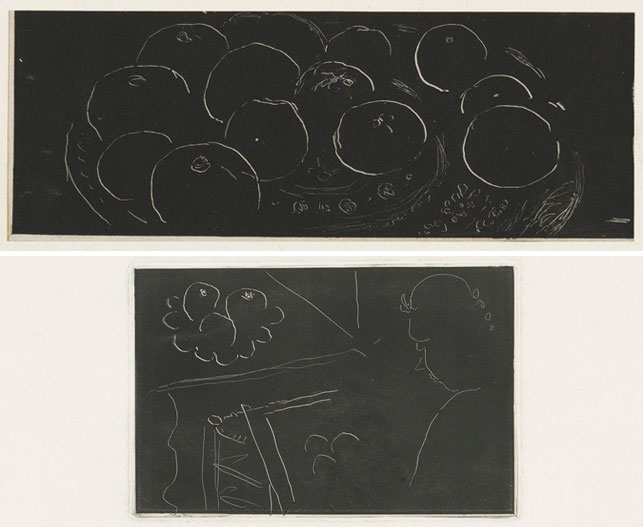 The monotype also had a dramatic impact on the artist’s paintings from this time, leading him to simplify outlines, suppress details, and employ black to express a tension between positive and negative space. Despite their differences in scale, the black monotypes have affinity with the black that assumed an important role in Matisse’s colorful paintings of the time. This is particularly evident in The Moroccans (1915–16), … which demonstrates the artist’s generous use of black paint as a means of unifying the composition. 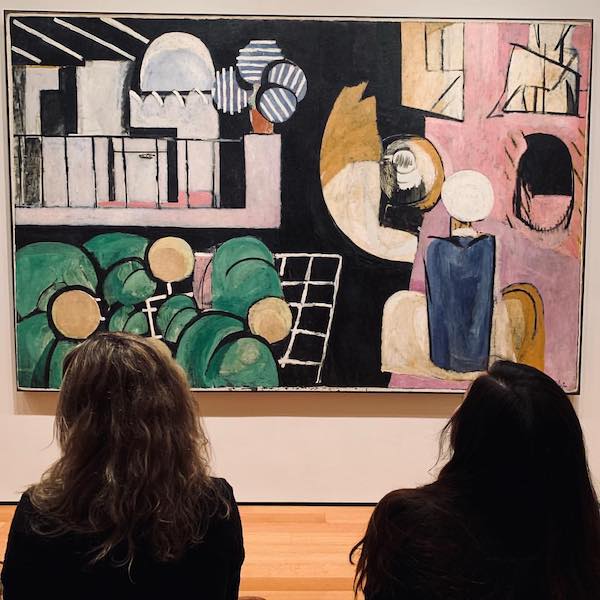 Printmaker’s Show at the League this weekend

We have art, and we have beer.