Clement Greenberg (1909-1994) was the most influential art critic in the second half of the 20th century. He was the first arts writer to support Jackson Pollock, and was a heartily argumentative champion of Abstract Expressionism.
From Greenberg’s perspective, the history of Western art in the 20th century could be seen as a progression from Cezanne’s flat colors to Jackson Pollock’s gesture paintings, and abstract art. In his writings, Greenberg became increasingly interested in formalism, as his critiques favored work that created a pure, immediate visual sensation (color field paintings and gestural abstracts), at the expense of descriptive or pictorial references (paint that looks like stuff). Rather than having the goal of painting be to make the horse look like an actual horse, Formalism questioned the meaning of art, and called attention to the flat rectangular canvas with painty shapes and colors put on it. Formalism turned the point of painting from the subject (horse) to the paint itself.

Greenberg was quite a fortune teller. In 1947 he suggested that paintings like these formalist works would appear, and after his suggestion, they did. Greenberg’s propensity was to write in a prescriptive rather than a descriptive manner, and his strong opinions were often given to artists whose work he favored, as informal studio advice.

Greenberg had told Willem de Kooning that a portrait was the one kind of painting it was no longer possible to make, and this perspective froze portraiture in painting for decades. 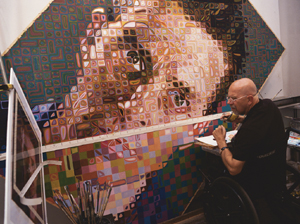 This proclamation didn’t stop Chuck Close, who started painting portraits in the 1960s, 10 years after Pollock’s most famous drip paintings, and still during Greenberg’s reign. “I thought, ‘Well then, that field is wide open.’ And why the fuck can’t you make a portrait anyway?” – Chuck Close

The quotes above from Clement Greenberg declaring portraits aren’t possible to paint anymore, and Chuck Close’s “fuck that” response is from the upcoming lecture on Portraiture After Photography – part of our ongoing WTF Art History Lecture series with Suzanne Walker (BA, MA, PhD, BFD).

“The only art historian I’ve ever wanted to listen to for 2.5 hours” – Lendy Hensley, League Provost

Active League Students and members are invited to attend WTF Lectures for free. Contact us for your coupon code. 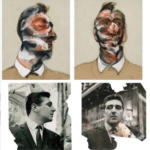 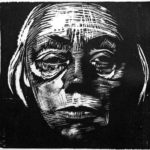