This is the first of four V. Notes highlighting black artists with professional careers in both painting and printmaking.

As an activist, Betty Blayton worked to advance the careers of black artists in Harlem. One of the many programs she built was the Children’s Art Carnival at the Harlem School of the Arts, an arts education program designed to engage disadvantaged Harlem youth in the arts. You may not have heard about the Harlem School of Arts, but you’ve likely heard about one of its students: a young Jean-Michel Basquiat.

“Jean-Michel Basquiat was one of the Carnival students for a couple of years. He took some classes and was part of a group of young people who were experimenting with their artistry. One of the things I think he really received from the Carnival that made his art appealing was the joy of creativity that is ingrained within children. Instead of going the fine-art route of painting and drawing technique, he found a more expressive way of letting his childhood vision come through his art. I think an amazing thing about the Children’s Art Carnival was the philosophy that existed in terms of art education. For Betty it wasn’t just about technique. It was more about your spirit and how you add that into your work.” – Marline A. Martin, Executive Director and Curator, Arts Horizons LeRoy Neiman Art Center; Executive Director, Children’s Art Carnival

As an artist, Betty had a productive career as a painter, printmaker, illustrator, and sculptor. She is is best known for her spiritual abstraction paintings; transparent layering of shapes and color and circular (tondo!) canvases. Her work can be seen in the public and private collections of the Metropolitan Museum of Art, the Studio Museum in Harlem, Fisk University, Spelman College, David Rockefeller, Reginald Lewis, Sidney Poitier, and more.

Her artistic education was exceptional. “Due to a peculiarity of Jim Crow Laws, her native state of Virginia paid for her to attend Syracuse University rather than having her attend an in-state school. …Betty had to contend with professors who all wanted her to work like them, and she decided to find her own way of working. In the end, her work may be said to demonstrate a personal synthesis of abstract expressionism and color-field tendencies, demonstrating how her independence posed a potent resistance and personal triumph over racism and sexism in terms of expectations and assumptions about women of her generation with regard to their careers.” – Lowery Stokes Sims, independent curator and art historian

In 1943 Blayton was enrolled in the segregated Bruton Heights Public School, which she attended through the 7th grade. In 1950 she entered Palmer Memorial Institute in the 8th grade, a boarding school for African American students in Sedalia, North Carolina.

Blayton received Bachelor of Fine Arts from Syracuse University and continued her education at the Art Students League and the Brooklyn Museum School. In 1955 when Betty set off for college, Virginia did not allow African Americans to attend any of its segregated all-white universities due to its Jim Crow laws and no public black college in the state offered an accredited degree her chosen major, so Virginia had to pay her full tuition throughout the four years of her college career in order to comply with the federally mandated “separate but equal” requirements for education. This allowed her to attend the school of her choice tuition-free. She graduated in 1959 with a BFA degree in painting and illustration with honors.

Blayton was a founding member of the Studio Museum in Harlem and served on its board from 1965 to 1977. Her mission in co-founding the organization was to advance the careers of artists of African descent and to utilize institutional resources and the arts to serve the broader Harlem community. 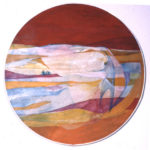 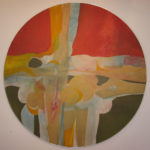 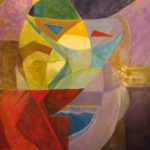 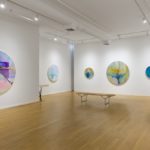 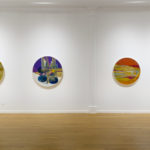 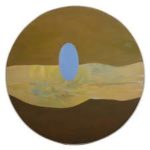 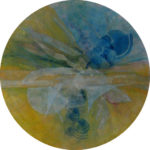 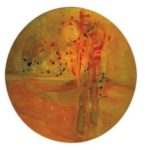 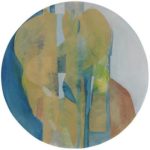 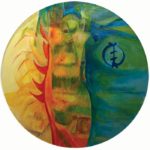 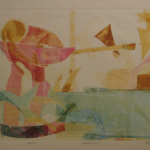 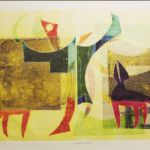 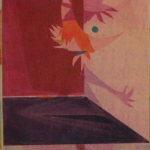 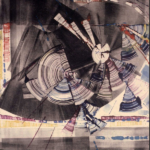 Below is a link to a video made after Blayton’s death in 2016. The first four minutes are pictures of her (no art or thoughts). At minute 4:10 she shares some of her artistic process, and a few thoughts and paintings follow. In the second half of the video, she mentions that when she was young, school children learned the three R’s: reading, writing, and rendering, so she had a good foundation in drawing. According to Blayton, her paintings have a lot to do with reincarnation and journey of souls. Here’s hoping she’s back with us on her next round, presently as a two year old.
https://vimeo.com/201040260