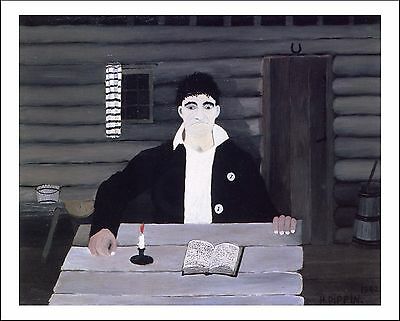 As a young child, Pippin attended a segregated one-room school in Goshen, New York. When he was ten years old, he answered a magazine advertisement and received a box of crayon pencils, paint, and two brushes. At age 15 Pippin left school to care for his ailing mother. She died when he was 23, and he moved to Paterson, New Jersey, where he worked packing and crating pictures and furniture, then an iron molder. Pippin enlisted in the army when he was 28. It was 1917. Pippin was seriously wounded in France, where he received the French Croix de Guerre. Pippin left the army in 1919 with a crippled right arm. Though he preferred oil painting, he searched for alternative expressions allowed by his arm. Pippin began to produce burnt-wood panels, a technique known as pyrography. 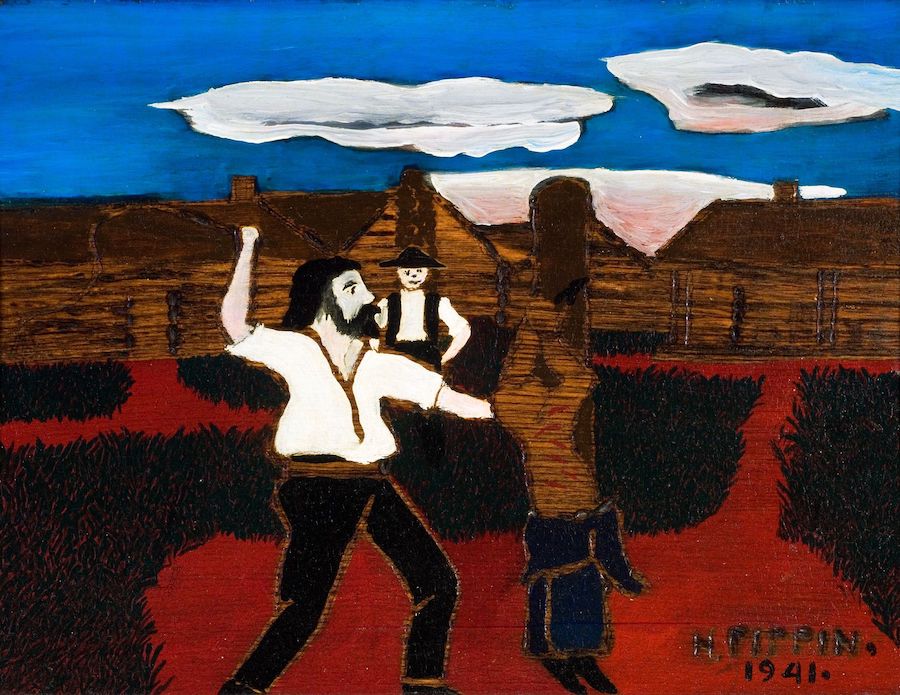 In 1931 he completed an oil painting about the war, a cathartic work expression that provided an outlet for his memories and launched his career as an artist. 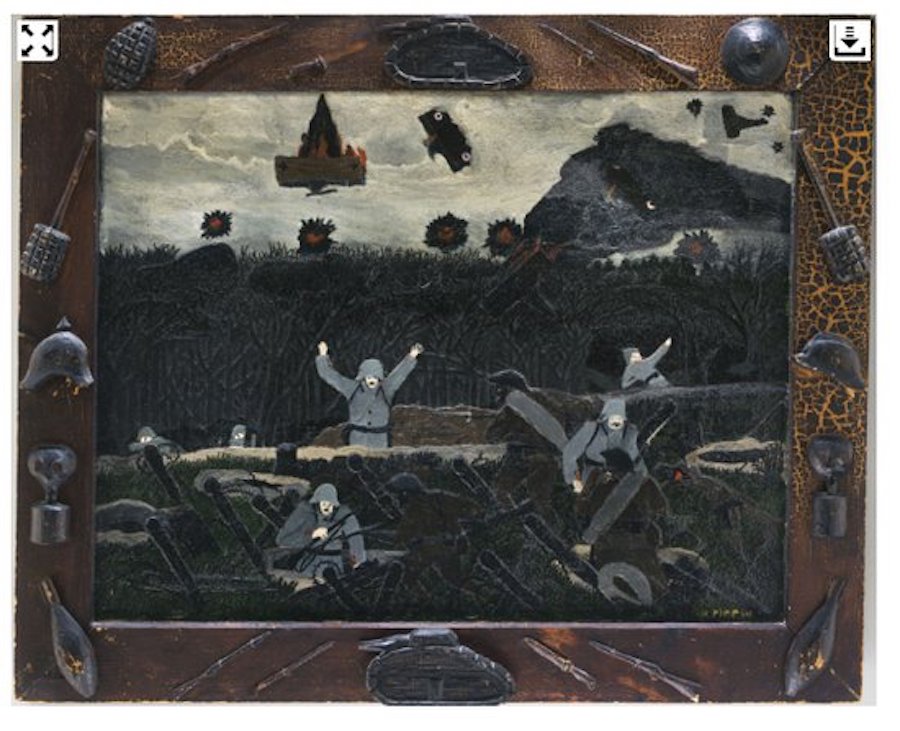 Horace Pippin was the first African-American painter to depict his concerns about war and social-political injustices. His compositions direct and striking. Pippin died on July 6, 1946, in West Chester. 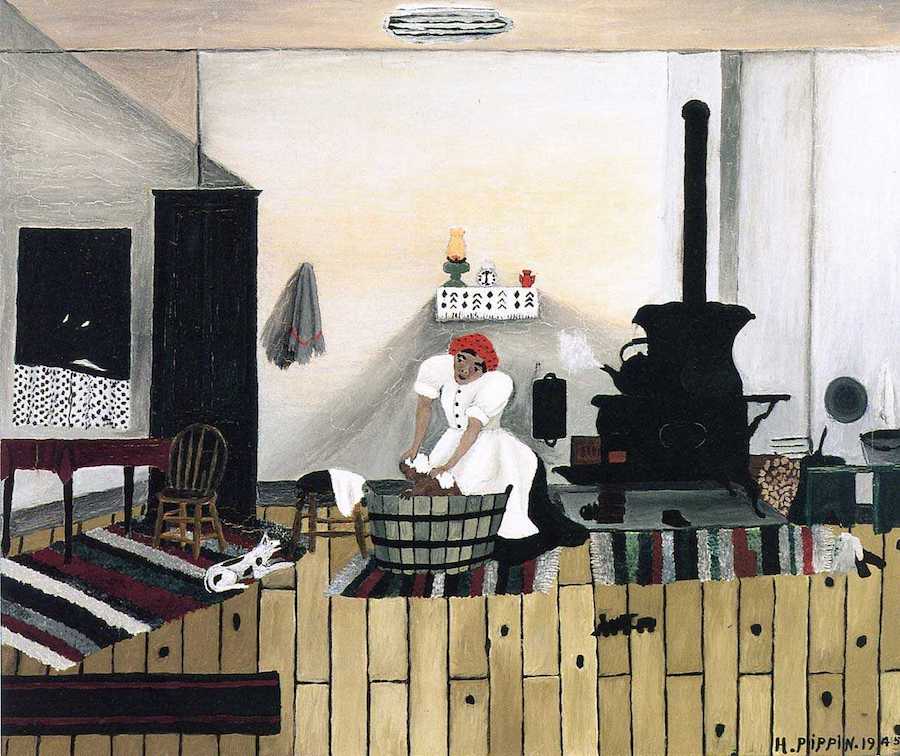 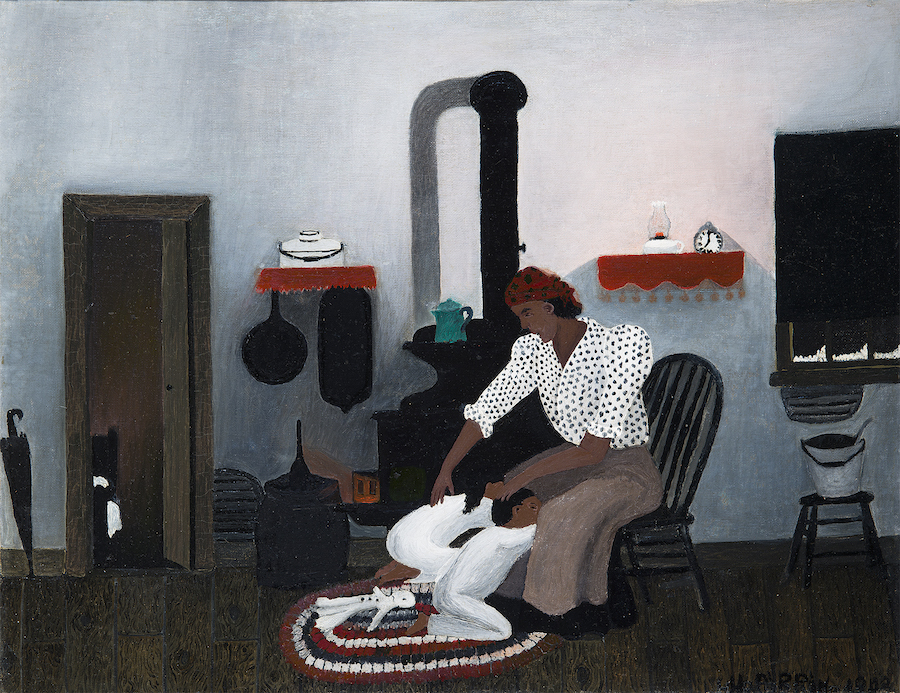