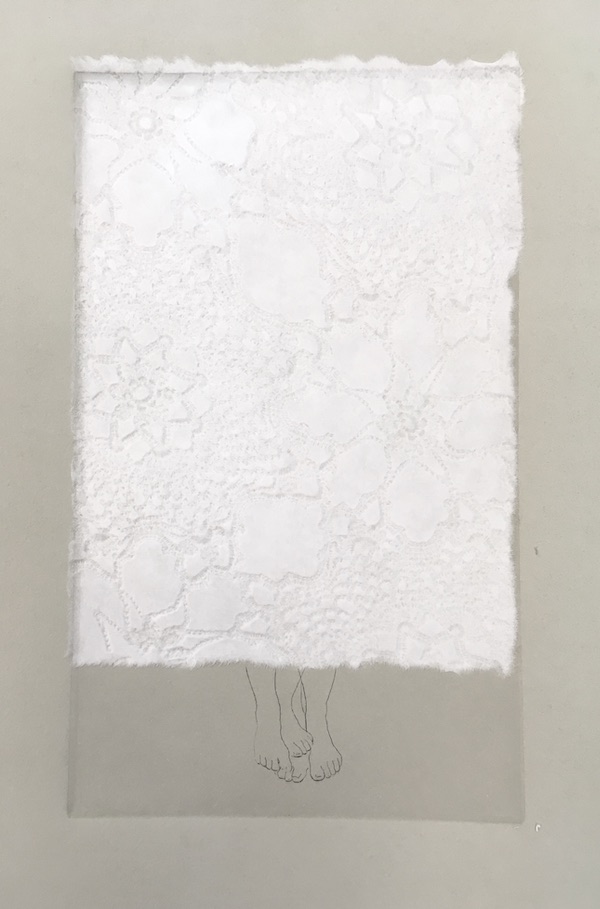 Feet in blanket, drypoint and embossed chine-collé on 14×11″ Rives gray BFK.
(The color is a little dark and dull in this photo, because the paper was still wet)

An accidental print resulted in some body-less feet at the bottom of the page, and Nikki had a brilliant idea to add chine-collé to the empty area as if the feet were sticking out of a blanket. After looking at that and having ourselves a giggle, she asked if I had any lace. The two of us laughed some more, as if either one of us overall wearing workers would have any lace. Nikki made a run to Goodwill and got some doilies. Never have I been so excited about a doily. The pattern tied the piece to my other flowery drypoints and paintings. Pretty cute, don’t you think? 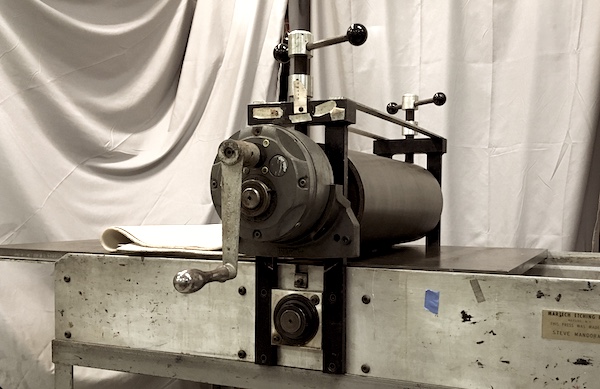 One of the Seattle Artist League etching presses. This one is named Steve.