[image_with_animation image_url=”12476″ alignment=”” animation=”Fade In” box_shadow=”none” max_width=”100%”] Prior to this post, I wrote about Edward Hopper’s influences in painting and printmaking, and his process. Today is all about Hopper’s drawings and sketches.

Given all of Hopper’s realist paintings, I figured I could find some photographs of the original scenes Hopper painted from, and see the choices and edits he made. But finding photos of Hopper’s scenes was more difficult than I thought it would be. There is a house or two, but nothing quite like his paintings. That’s because Hopper’s “realist” scenes aren’t from reality, at least not all the same reality. They’re composites from pieces, assembled to re-create a vision in his own mind. 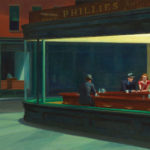 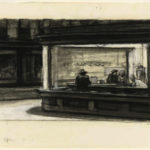 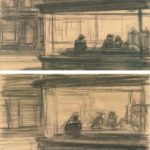 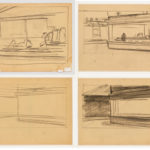 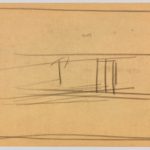 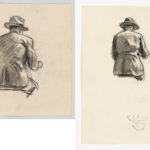 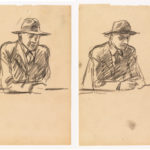 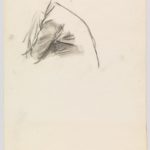 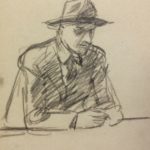 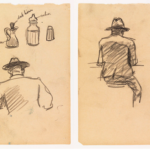 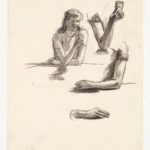 Hopper was an inspiration to film directors and countless photographers, but he himself did not use photography for his paintings. Instead, he used written notes and sketches, almost exclusively. For a complicated painting, he might have 30 to 40 preparatory sketches. In his sketches, Hopper teased his vision from pieces of a scene. He used drawing to study, take notes, and improvise.

“More of me comes out when I improvise.”
― Edward Hopper 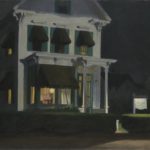 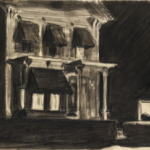 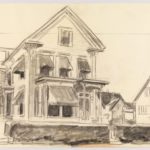 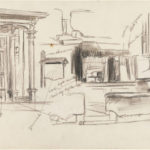 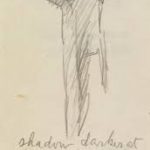 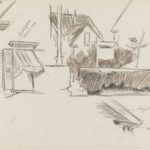 ” load_in_animation=”none Rooms for Tourists (above) is one rare scene Hopper didn’t alter from life. Hopper made careful studies of the actual house in Provincetown, with nightly observations sketched from his parked car, which aroused the suspicions and fears of the owners. The final painting was a match to the real life scene. 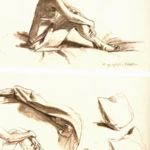 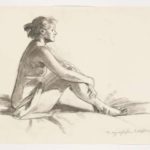 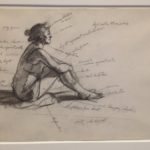 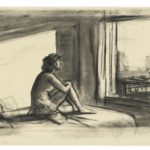 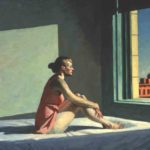 ” load_in_animation=”none
Ever wonder about the slightly cartoonish face on the figure of Morning Sun? The model was his wife Josephine, and at the time he painted this, she would have been 70.

Hopper was technically a realist painter, but realism alone was not his goal. He wanted to express a mood from his own mind. Organization of form and space, abrupt cropping of structures, changes in scale and proportion, and unusual viewpoints are some of the compositional devices Hopper used to intensify the expressive content of a painting.

“No amount of skillful invention can replace the essential element of imagination.”
― Edward Hopper

Speaking of imagination, Hopper’s model Josephine was 79 years old when Woman in the Sun was painted.

Hopper paid particular attention to the overall design of light/dark shapes, and the careful placement of human figures in balance with their environment. He was a slow and methodical artist.

“It takes a long time for an idea to strike. Then I have to think about it for a long time. I don’t start painting until I have it all worked out in my mind. I’m all right when I get to the easel.” ― Edward Hopper

[gallery ids=”12454,12450,12451,12449,12448,12453,12452,12447″ onclick=”link_no The studies for Office at Night show how the original conventional composition was changed into the more interesting angular structure of the finished painting. However, he was careful not to finish the drawings too much, as he might copy them rather than the concept in his mind. For the same reason he did not paint color sketches for his paintings. Contrary to his quote above, believed that the best method was to work it out on the canvas. 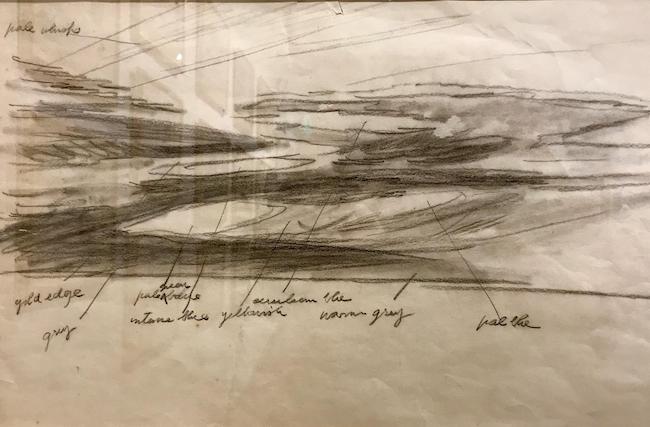 His sketches prepared him for his carefully calculated compositions.

[gallery ids=”12481,12479,12480,12482″ onclick=”link_no Some of Hopper’s paintings show heavy handedness. Painting was difficult for him, and his works can be unrefined. There is not much variation of texture in the forms – everything from skin to carpet to metal to brick – all seem like they’re made of the same substance. There is little sensual appeal in the paint. Hopper said himself he did not get pleasure out of the painting process, and never for color and pattern, but that he did find satisfaction in producing form.

Hopper was a slow painter, and became even slower at his artistic maturity. His early oils sometimes took a week, but from about 1940 on he did no more than two or three oils a year, and some years only one. It could take him an entire summer just to conceive an image. For a full time painter, that’s … slow.