Happy Thanksgiving, everyone! I thought I’d collect some turkeys for you. Most, at the moment of rendering, are inedible, but likely so is yours at this point. Be thankful you do not have to pluck, and enjoy the day. 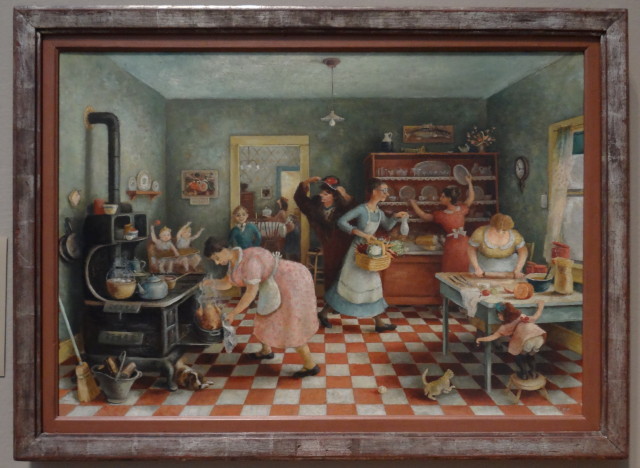 “Doris Lee’s bustling scene of women preparing a Thanksgiving feast became the object of national headlines when it was first exhibited at the Art Institute in 1935 and won the prestigious Logan Purchase Prize. The themes of Thanksgiving, rural customs, and family life, which Lee painted in a deliberately folksy manner, would have had great appeal to a country still in the midst of the Depression. Yet Josephine Logan, the donor of the prize, condemned the work’s broad, exaggerated style, founding the conservative “Sanity in Art” movement in response. This controversy only brought Lee fame, and Thanksgiving has been recognized as one of the most popular nostalgic views of this American ritual since that time.” 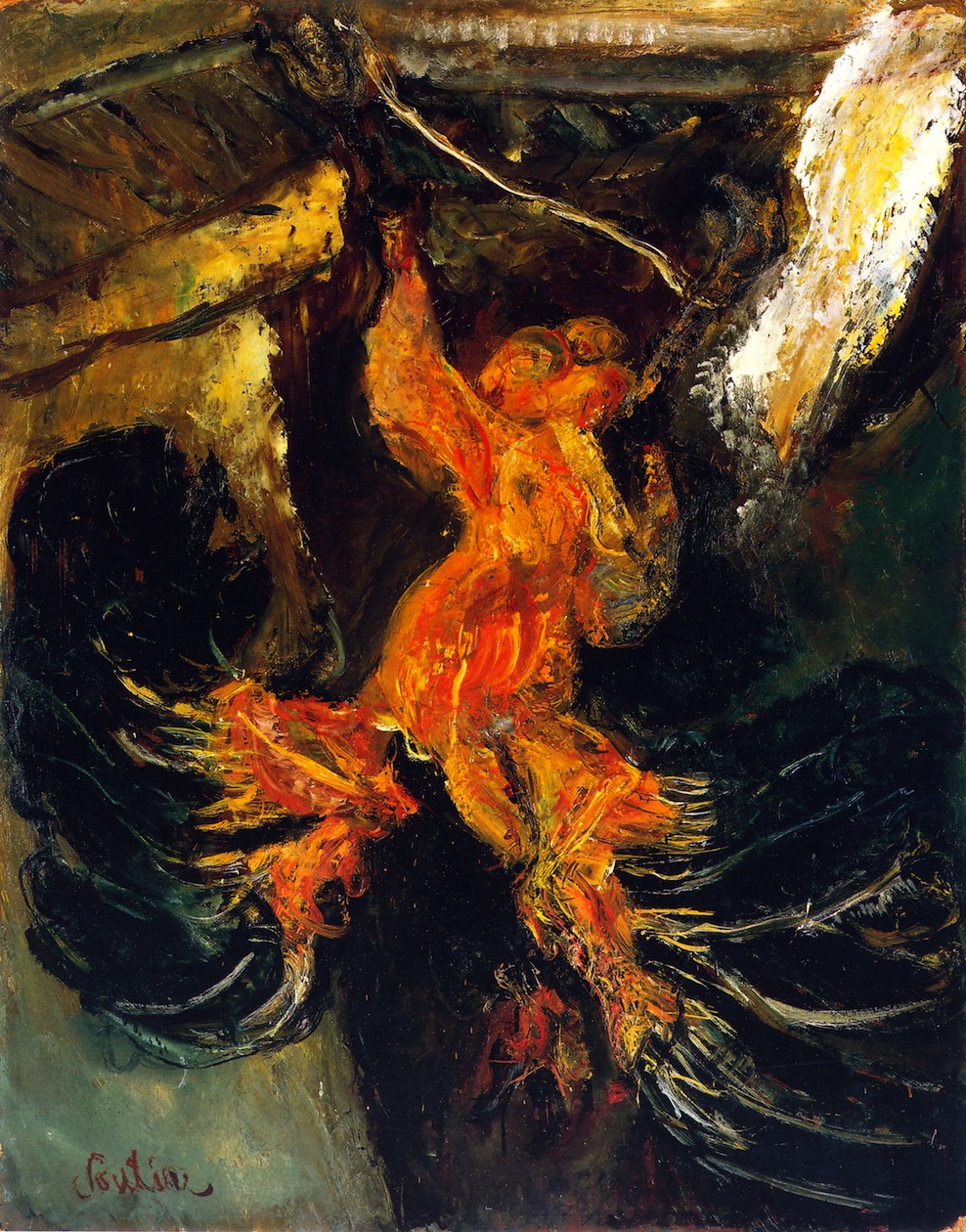 Soutine was a bridge from traditional painting into abstract expressionism. Relevant turkey. 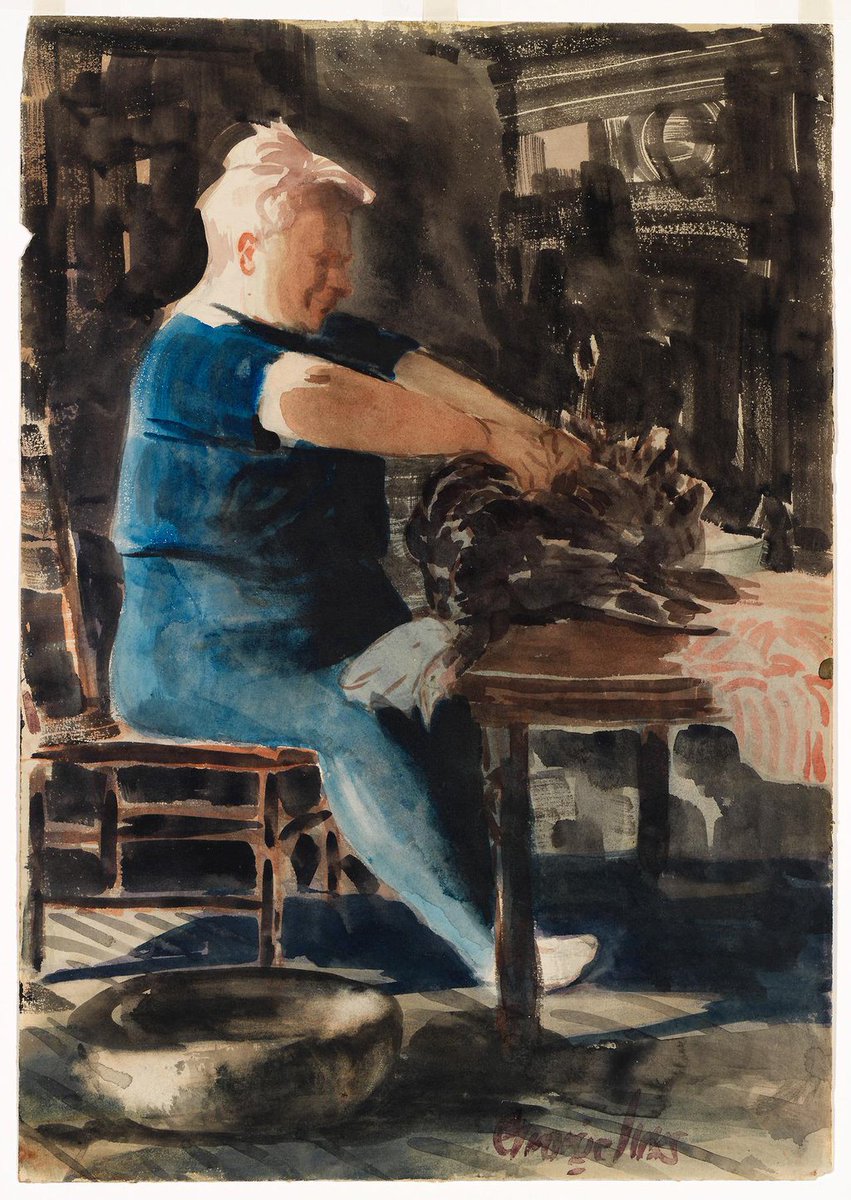 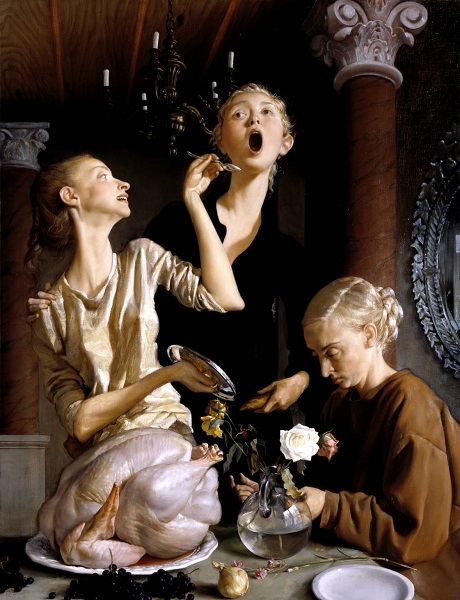 “Currin has claimed that Thanksgiving, completed in New York where he has lived and worked since the late 1980s, was ‘a failed painting that sat around in my studio’ until he decided to return to it when his wife, the artist Rachel Feinstein, became pregnant. Currin explained,

The funny thing is that the painting took me exactly nine months to finish, and the painting turned into an allegory of Rachel’s pregnancy. Certain kinds of paintings were on my mind at the time – Dutch genre paintings, Velázquez’s bodegones – but as soon as I began, it became more about Rachel, and she posed for the figures a lot. – Currin, quoted in Weg and Dergan 2006, p.326.”

I hope your Thanksgiving is at least three measures more cheerful than this one. 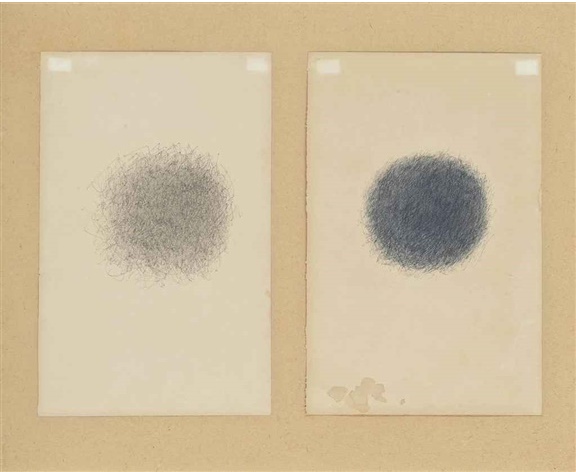 I really have no idea how this is a Turkey (in 2 parts) but I enjoy it. Richard Tuttle’s minimalist of minimal drawings always give me a little giggle at the humor, and delight me with the (very) subtle textures and carefully considered open spaces. 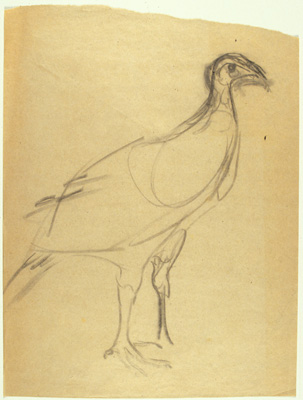 Artwork by Morris Graves always seems so sensitively rendered, so quiet, it slows me down. Maybe it’s because I’m also a child of the Pacific Northwest , and also with ties to Japan, but artwork by Graves always feels as familiar as my own whisper.

“[Graves]…used the muted tones of the Northwest environment, Asian aesthetics and philosophy, and a personal iconography of birds, flowers, chalices, and other images to explore the nature of consciousness.”