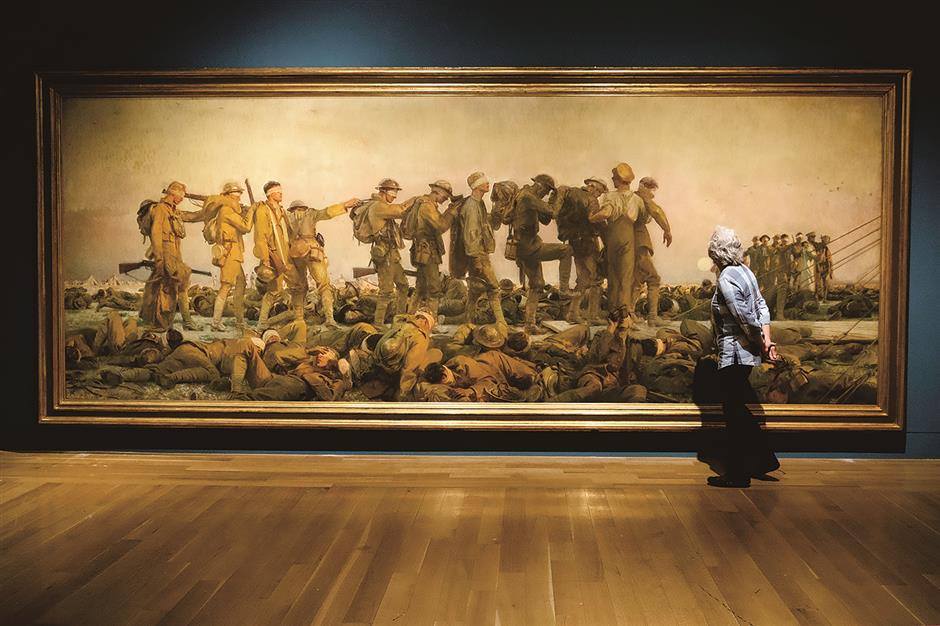 In early 1918 John Singer Sargent was commissioned by the British War Memorials Committee to document the war. Sargent originally thought he’d paint about the gallantry of soldiers, but after visiting the Western Front and seeing a field hospital full of soldiers who had been exposed to mustard gas, he changed his plans. The high society painter who occupied Edwardian drawing rooms was horrified to see the results of war first hand, and completed his confrontational response to the commission in March 1919. Gassed was voted picture of the year by the Royal Academy of Arts in 1919.

Click here to see a high resolution image of Gassed.

Notice here, behind a field of dead and wounded soldiers: a soccer game. 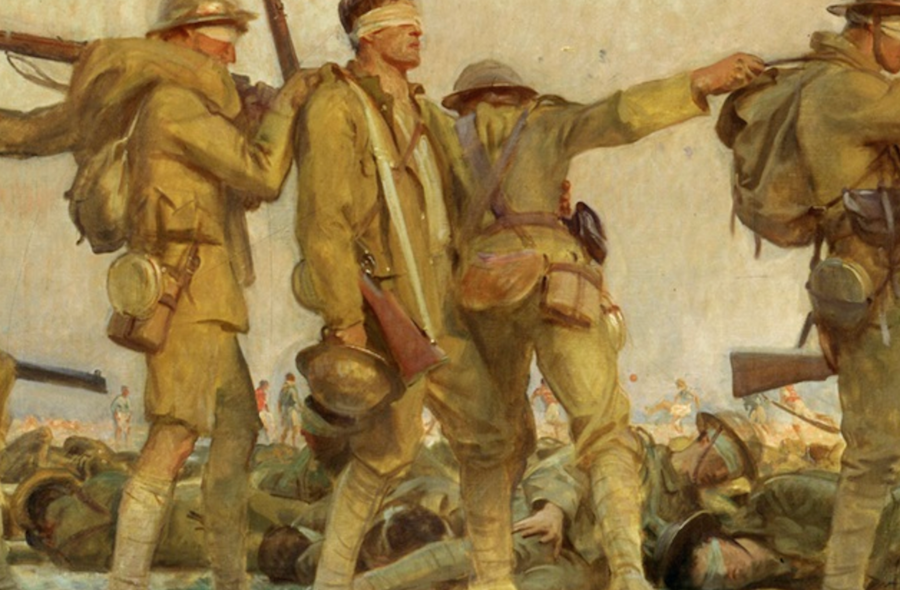 Posted in vnotes.
Share
PreviousHopper’s Influences in Painting
NextOrigin of the word “Pink”