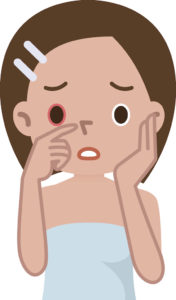 Recently I posted about The Language of Color, in which I relate pinking shears to pink, the color. Please allow me to clarify. 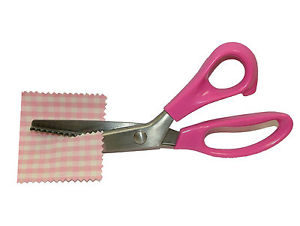 Pink didn’t come into our language until 1733, named after jagged edged flowers that were named after pinking shears.

The shears were named pinking because the pattern they cut into the fabric resembled the ruffled edges of a flower, a Dianthus plumarius, pink. That 1733 number was from John H. McWhorter, in his linguistics podcast Lexicon Valley, of which I am an enthusiastically regular listener. I’m not at all inclined to call the man inaccurate with his pin-pointed pink, as I imagine that pinning a date on the introduction of such a word into language is rather difficult, unless it’s from Shakespeare, but I’m finding some new information about this not-very-old word pink. Here is some more history about pink. I know you were wondering. 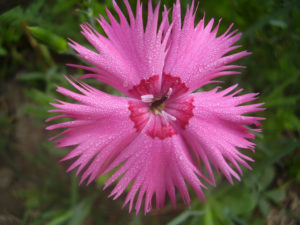 According to WordHistories.net, the noun “pink” is first recorded in 1566, but not as the name for a color. “Pink” was the name for a flower, that Dianthus plumarius after which the pinking shears were named. The flowers, obviously, were pink. A sort of white-ish red.

But wait. There’s more! Before pink was the name for the flower, the name for when your eye gets all small and narrow and winking, or squeezed. Pinkie winking, what’s what they called it. No not really. But in 1544 it was a verb: to pink. 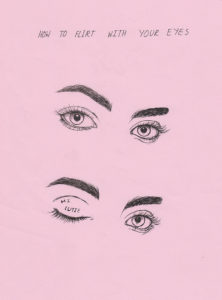 From that, the adjective pink-eyed is attested as early as 1519. It can perhaps be related to the early modern Dutch pinck-ooghen meaning to blink. Oog means eye in Dutch. (I’ll go ahead and assume that oog jumps to oggle. “Hey man, don’t oogle my pink.” #metoo)

A whole ‘nother theory is that the noun pink is from a nasal spoken to pick which meant to cut or pierce, in which case the frilly edged flower would have been….. nope. The dandelion. 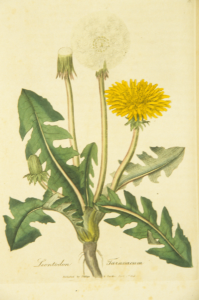 If you did not enjoy this pink V. Note, you will surely not enjoy the lecture today. Suzanne Walker, Phd, BFD will be launching rainbows for our WTF Art History: COLOR lecture, 1:00 at the League. Free for League students, please attend.