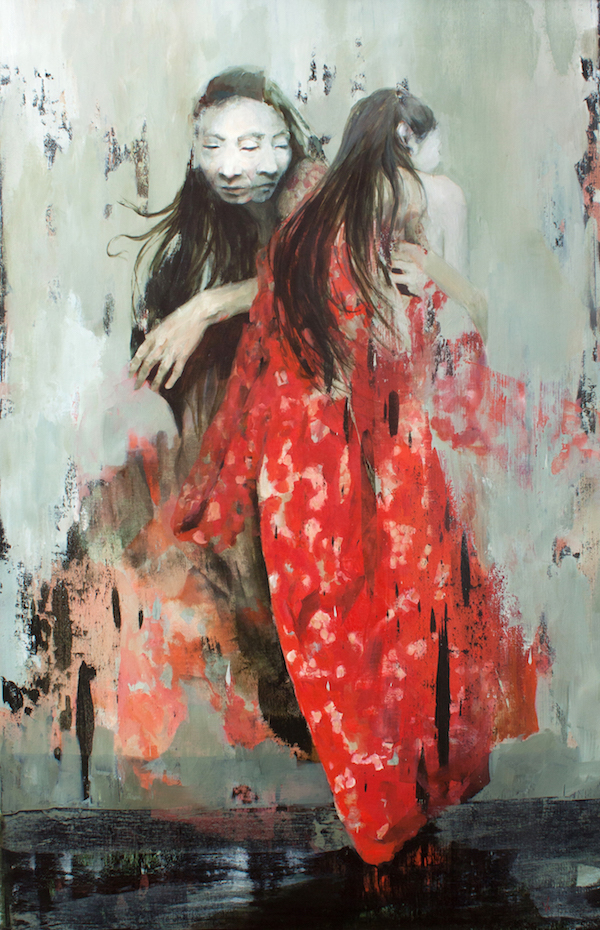 This painting was a part of my 2016 series Neither Will This Stay; Paintings Full of Emptiness. I was learning to focus with a turbulent mind. I practiced buddhist philosophies of emptiness, but it was difficult to embody the concepts. Instead of fighting the experience, I decided to do something with this painting I’d never done before. Rather than have a visual sketch for how the painting was going to look, with every painting session I painted a new character (all from the same butoh dancer Kaoru Okumura). Each session I painted over the top of the previous, as characters and moods took turns in my mind. The painting shifted every session. I was hoping that eventually I’d come to some place of resolution with the figures, but the work never quite found stillness.  The painting was not completed. I stopped layering figures when it was time to hang the show. Though I did not feel resolved about the painting visually, I felt resolved about the painting conceptually, in that it embodied the process of my  turbulent mind, and I felt right about showing the work as it was, frozen in that moment.

It was a formative experience to work on this series and be guided by images of Kaoru Okumura. The images I took of her dancing brought her presence into the room with me. Day after day, she was my teacher. By the end of my work for the show, with her help, I found emptiness through acceptance, visually expressed in other works in the series. This painting is not complete, but it is finished in that I won’t paint on it again.

The painting was titled Sisters because I felt the characters in my own mind were intimately at odds with each other, but as they were all inhabiting the same mind, I felt they were all from the same family of origin.

Sisters, and other paintings (Black Painting after Goya, and Black Slip) from my Neither Will This Stay series is showing at the Kirkland Arts Center, now and through November 10th. 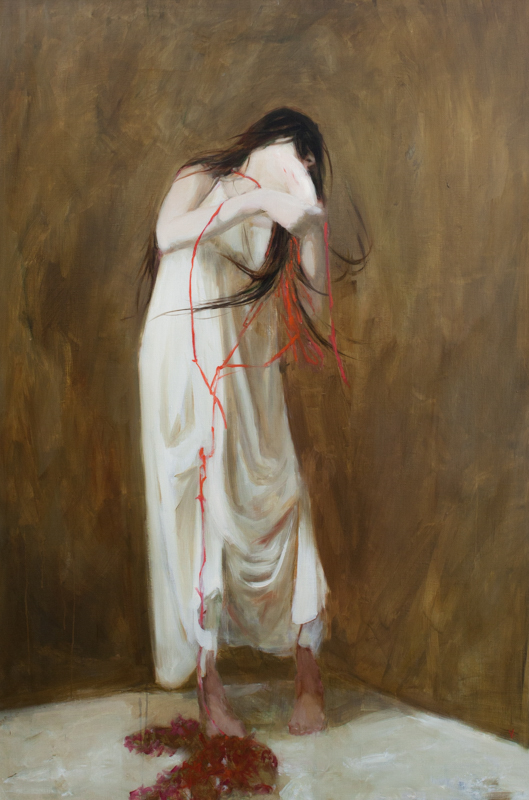 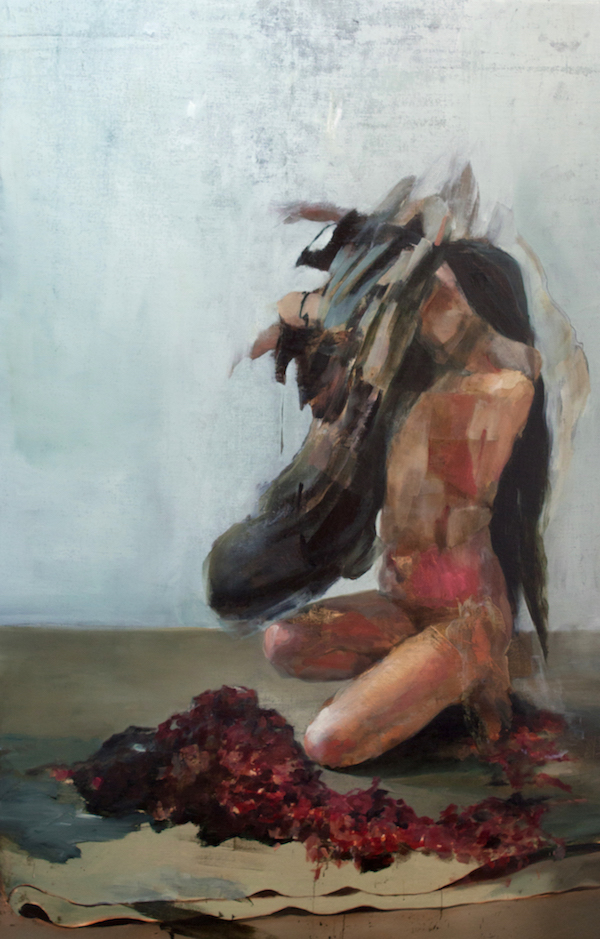