On October 5th, the British graffiti artist Banksy pranked the art world with an unprecedented performance of artwork self destruction. Seconds after the auction gavel hit the table – awarding a buyer his work Girl with Balloon for 1.4 million dollars – a paper shredder hidden inside the artwork’s frame was activated, and shredded the artwork right in front of everyone at Sotheby’s. The artwork was rushed off, but by then most of the work was hanging in strips from the bottom of the frame. Banksy posted a video (above) showing how he prepared for the stunt years in advance of the sale, “in case it was ever put up for auction.” 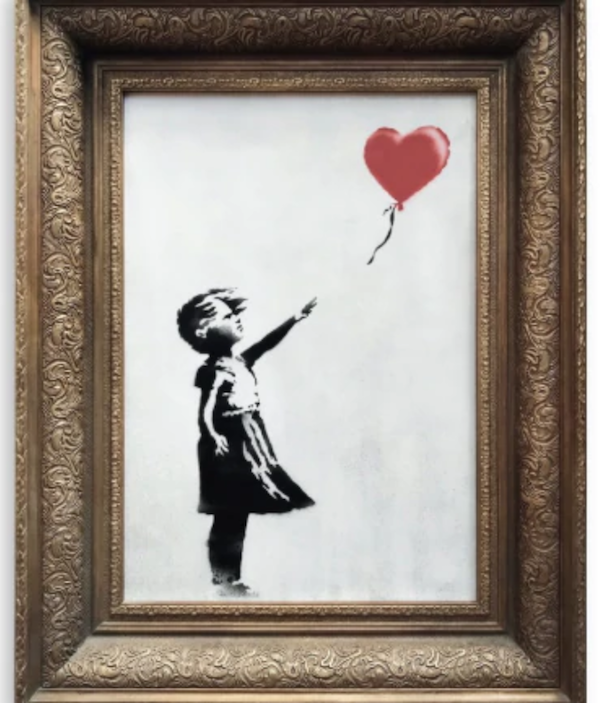 Although Banksy has previously expressed disdain for the art market, his actions may have actually increased the value of the work. It is normal for an auction house not to expect a buyer to go through with a purchase if the work was damaged somehow. But in this case, experts speculated the painting could now be even more valuable “given its status as the subject of one of the greatest pranks to have been played on the art market,” notes the Financial Times.

Pierre Koukjian, an artist who was at the auction, told the Associated Press the buyer was “very lucky” to own the now-historic piece. He said the prank was “a turning point in the history of contemporary and conceptual art.” Koukjian, who has met Banksy, said he thought he caught a glimpse of the artist as confusion reigned at the auction about what happened. Some said they saw security escort a man out of the building. 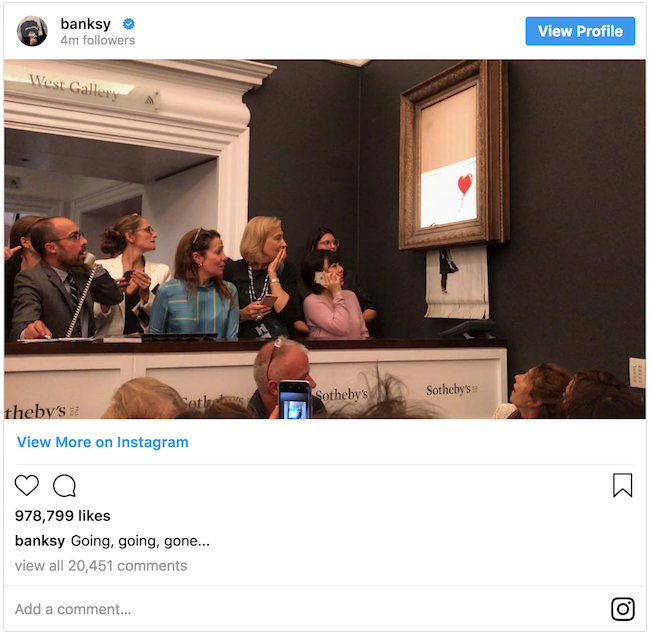 Posted in vnotes.
Share
PreviousThe Language of Color
NextPrintmaking as a Complement to Painting