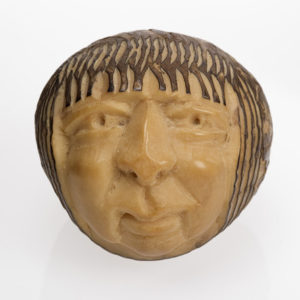 In the most recent post I referred to the round topped brushes as “Filberts” because in the post prior to that post I accidentally referred to them as “Philberts.” Perhaps you think this is all very serious. This is where further corrections are in order. 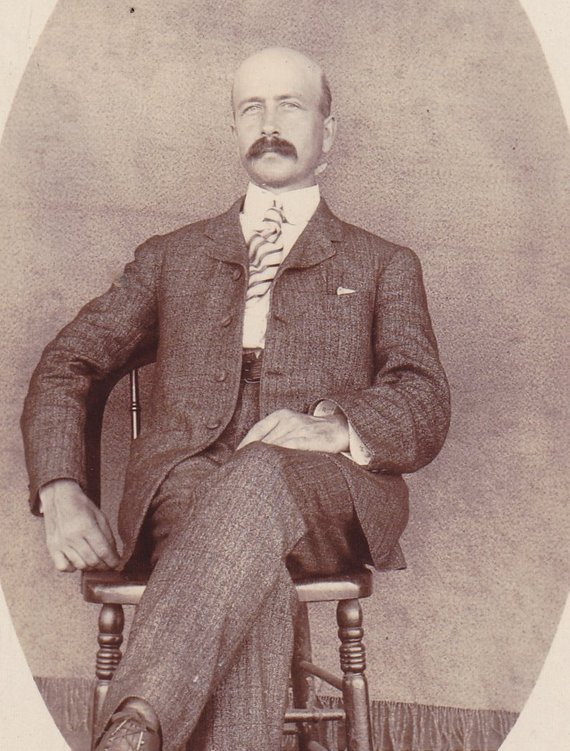 I’m sorry to tell you that there is no Dr. Philbert Bristle. Not even a little bit. I found this picture on the internet, and I liked the shape of his head. I thought it was…. nut-like.

The nut-like head of an unknown man.

….But there is a Saint Philibert. 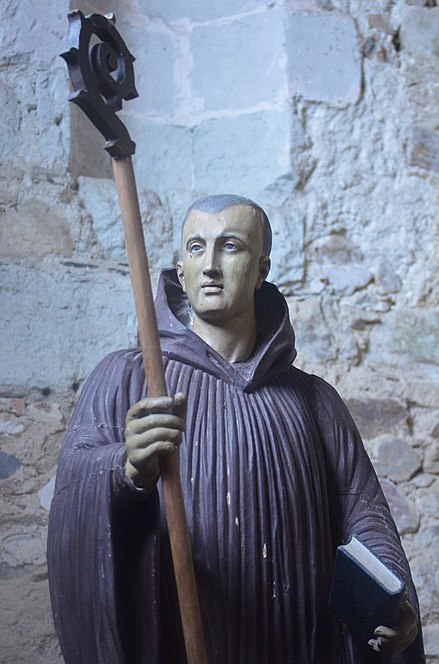 Statue of Saint Philibert of Jumièges

Note the shape of his head: nut-like. Saint Philibert of Jumieges. So what does he have to do with filberts?

The filbert paint brush derives from the shape it resembles, that of a hazelnut with its namesake. This word comes from the Old French filbert, coming from noix de (nut of) Philibert. Philibert was a saint, (who died in 684), whereby the ripening of the nut in August coincides with his feast day. 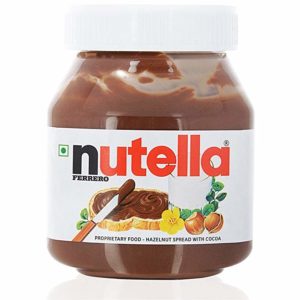