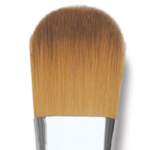 In yesterday’s post I referred to the round topped brushes as “Philberts.” Perhaps from an earlier painting class you think the correct name for these brushes is “filberts” named after the round shaped nut. Perhaps you think I made a typing mistake. This is where corrections are in order. 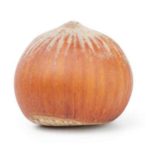 Contrary to popular belief, the round topped brush was actually designed in the late 1800s by Dr Philbert Bristle and was not named after a nut but instead named after the doctor himself, thus the proper name for this brush is “Philbert.”

The only known photo of the Dr. Philbert Bristle