Daily painters are artists who start and finish a painting every day-ish. Sometimes they slow down a bit, or take holidays and sabbaticals, but the basic idea is they do small quick studies frequently. (…) Daily practice makes you more decisive, and improves your artwork fast. 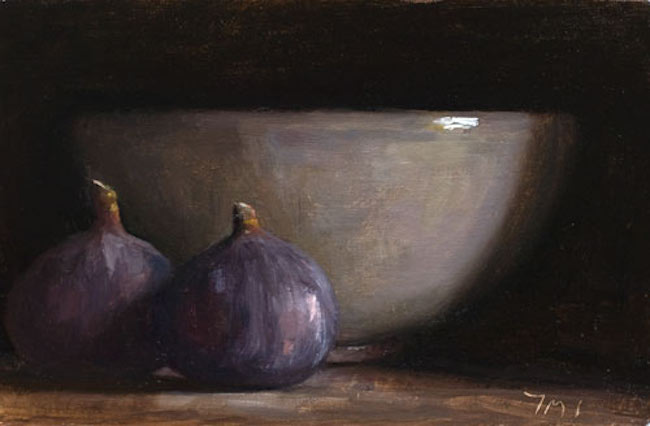 Notable daily painters are Duane Keiser, Julian Merrow-Smith, and Carol Marine. In the previous post, I wrote about Duane Keiser, the artist who is credited for starting the movement in 2004. Today I’ll share some work by Julian Merrow-Smith, from his “Postcard in Provence” blog. Julian credits Duane Keiser as his inspiration – not for his paintings, but for the “daily painter” format of posting frequent works to online auctions, using blogs and emails to get the word out. 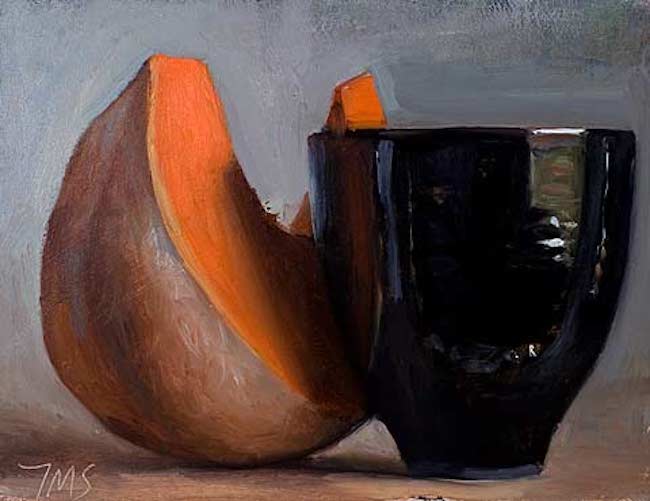 British artist Julian Merrow-Smith, paints from his adopted home in the South of France. His still life paintings are inspired by pottery and seasonal produce from the local markets, and many of his landscape paintings picture scenes within walking distance of his studio. The inspiration for his daily painting site came in 2004, with the arrival of high speed internet to the French countryside. He followed Duane Keiser’s pioneering A Painting a Day blog. 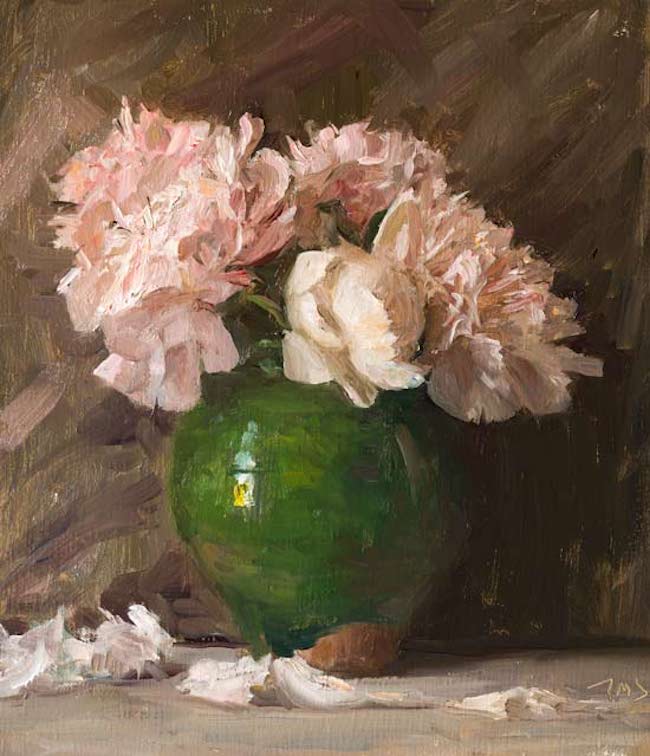 According to his website, Julian paints 5 days a week (minus vacations) and he and his wife send out more than 30,000 emails a week. If he sends out a newsletter every time he posts a painting, which is 2-3 times a week, that might mean his mailing list is somewhere around 10,000 addresses.

This was his very first painting, posted February 2005: 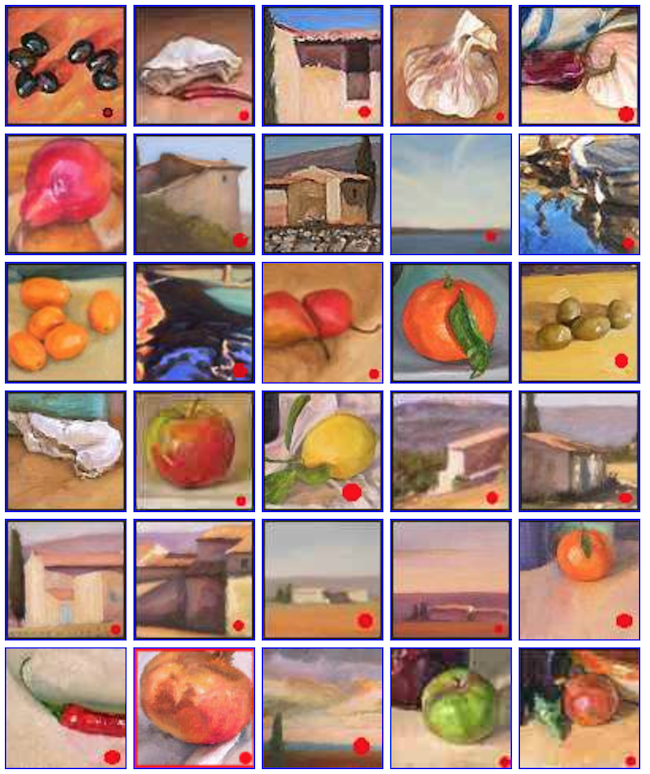