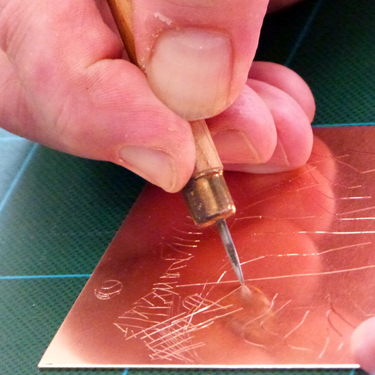 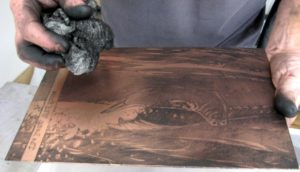 In a drypoint, it’s not just the scraped out lines that hold the ink, but the burr – a rough ridge of metal on each side of the furrow of the line – that holds the ink. 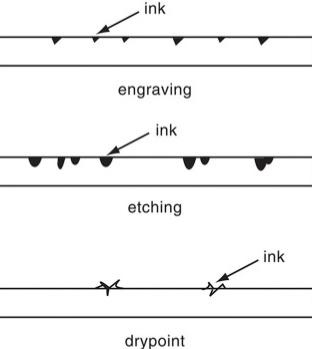 These burrs give a characteristic soft fuzziness to drypoint prints. Because of the burr, drypoint plates only print a limited number before they’re done, because each printing from the plate destroys the burrs a little, and once the burrs are gone, they no longer hold sufficient ink for a good print.

100 years after Rembrandt ran his series of drypoint plates in the 1600s, a man in the 1700s named Captain William Baillie acquired those plates. This gentleman thought the lines could use some new burrs, so he re-etched them with his sharp metal pointy things. He just…. did that. And he printed them. And they were bad. And then he sold them. He sold quite a few of these bad prints as original Rembrandts without anyone knowing.

An authentically original letter from Suzanne Walker, League Art Historian, imperceptively altered as it was copied and pasted here for your enjoyment:

The Hundred-Guilder-Print is an etching that was attacked with drypoint and burin, first by Rembrandt himself and then by our good friend Captain William Baillie.

Baillie didn’t get caught because he wasn’t committing a crime, by 18th-century standards. People are still debating about the Rodins made from his casts after his death Also, the market for Rembrandt prints was huge in England in the 18th century, and there was so much crap around that an inferior Rembrandt was not necessarily too aesthetically offensive.

Posted in vnotes.
Share
PreviousGuess the year, and the artist
NextRembrandt’s panels: “This Way Up”