[image_with_animation image_url=”8290″ alignment=”” animation=”None” box_shadow=”none” max_width=”100%”] On Friday I posted work by Lawrence Carroll. His work reminded me of another artist, a favorite of mine.  It reminded me of a Catalonian artist Antoni Tapies, prolific at the time Carroll was born. In addition to what was posted on Friday, here are a few more paintings by Carroll, from 1989-1991, note especially the first one: [image_with_animation image_url=”8275″ alignment=”” animation=”None” box_shadow=”none” max_width=”100%”] 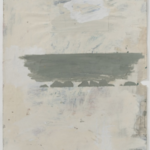 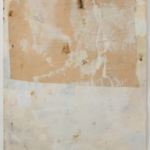 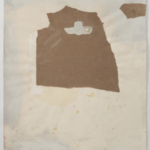 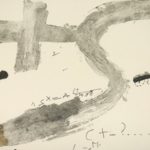 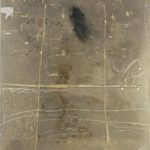 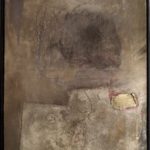 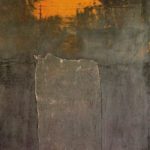 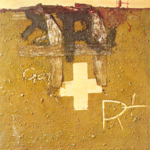 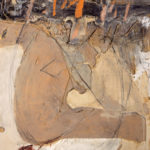 ” load_in_animation=”none In comparison, Carroll’s are quieter, gentler works. I often assume Tapies had a personality almost as bold, passionate, and confident as Picasso (both Spanish painters), while Carroll (a Californian) seems more surfer smooth and meditative. Even with the differences in tone, the elements the two artists are playing with are very similar: surface, texture, mark, composition. They they both sculpt with their paintings.

Antoni Tàpies (1923-2012) was a Spanish painter, sculptor and art theorist, who became one of the most famous European artists of his generation. His works are recognisable for their gestural brush marks, incorporation of found materials such as sand, soil and marble dust as well as the occasional white sock. He also developed a personal lexicon: a combination of backwards script and geometric symbols, frequently including the shape of a cross. His works are associated with Informalism, or Art Informel, a European art movement that paralleled American abstract expressionism.

When I think of Tàpies I think of composition chess. He seems to move quickly, intuitively, but I believe his choices are intelligent, daring, conniving, and sometimes just intellectually humorous. In composition chess, very mark effects every other mark. Shapes and spaces have weight, and implied movement. Color and texture complicate the game. Automatic marks on a surface might seem simple – but try it. Invent a lexicon of marks, place them on a paper. Got one you like? Good. Do another. And another. And another. When I do this, patterns in my composition habits, and patterns in my own internal limits quickly emerge, and it becomes increasingly challenging to keep my compositions engaging, active, and balanced. Sometimes I get on a roll, but at the end of a session of composition chess, I am both invigorated, and exhausted. Composition chess is a brain game. It’s surprising once the marks start interacting, how much there is to think about. Try it! If you’re interested in exploring more unconventional paintings like Lawrence Carroll and Antoni Tapies’, consider signing up for Paul D. McKee’s Unconventional Painting workshop March 3 & 4. Composition chess anyone?