With a Google image search, Ad Reinhard’s paintings look like a series of Pantone black swatches. Closer examination reveals Reinhard plays with internal structures, delineated by sheen shifts. Ad Reinhardt once said, “There is a black which is old and a black which is fresh. Lustrous black and dull black, black in sunlight and black in shadow.” To create the work, Reinhardt mixed black oil paint with small amounts of red, green, or blue and allowed the paint to sit for several weeks in order to separate the pigment from the solvent. He would then pour out the solvent and use the remaining concentrated paint to apply a completely smooth, matte surface that left no trace of the artist’s brush. Reinhardt explained that he hoped to achieve “a pure, abstract, non-objective, timeless, spaceless, changeless, relationless, disinterested painting—an object that is self-conscious (no unconsciousness), ideal, transcendent, aware of no thing but art.” 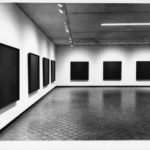 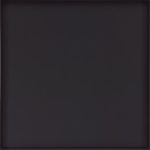 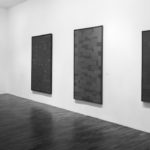 [image_with_animation image_url=”7232″ alignment=”” animation=”None” box_shadow=”none” max_width=”100%”] Frank Stella was a painter and printmaker. His series of black prints closely relate to a series of large works known as the Black Paintings, painted between 1958 and 1960. Each lithograph features a pattern of rectilinear stripes of uniform width printed in metallic black ink on buff-tinted paper.

“All I want anyone to get out of my [works] and all I ever get out of them is the fact that you can see the whole idea without any confusion. What you see is what you see.” –Frank Stella, 1964 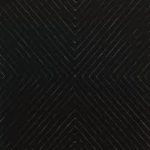 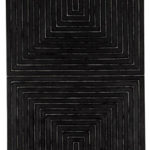 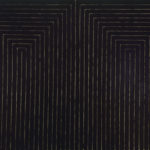 load_in_animation=”none [image_with_animation image_url=”7237″ alignment=”” animation=”None” box_shadow=”none” max_width=”100%”]
[image_with_animation image_url=”7247″ alignment=”” animation=”None” box_shadow=”none” max_width=”100%”] Beginning in 1964, Rothko began painting a series of black paintings, which incorporated other dark hues and texture effects. Rothko painted this series of 14 large black paintings for a non-denominational chapel in Houston Texas. Through these paintings, he wanted to express a meditative emptiness. In the chapel, three walls display triptychs, while the other five walls display single paintings. A typical question raised by visitors viewing the massive black canvases which adorn the walls of the chapel includes some variant of: “Where are the paintings?” The hue of the paintings vary on the lightning of the moment of the day. 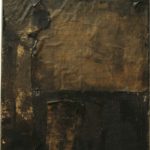 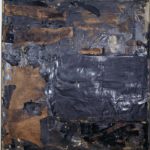 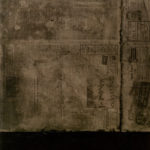 Have a deep, dark, depressing solstice. It only gets brighter from here!