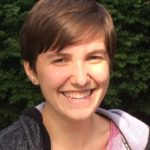 The League’s own over-pleasant extremely-talented teenager of the quarter is Mahala Mrozek. For the sake of art, Mahala stalked her neighborhood chickens, followed them around like a chicken paparazzi. She also found some helpful images on mypetchicken.com. She used the pictures as references for a series of works for a show but then was too sick to attend her own opening (chicken flu, I expect). Lovely line work on these! Now she’s got a flock of birds to sell, just shy of a dozen actually. I normally don’t use V. Notes for painting sales, but I’m making an exception. $30-$40 per beak.  Watercolor and ink on paper, mounted on cradled panels. All sales go directly to the League’s neighborhood chicken stalker. Send me a note if you want one and it’ll be ready for pick up at the League this Thursday at or after 2pm.

Have you read Mark Twain’s essay To Raise Poultry?

“When you wish to raise a fine, large, donkey voiced Shanghai rooster, you do it with a lasso, just as you would a bull.” – Mark Twain 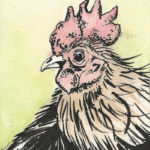 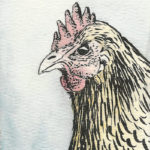 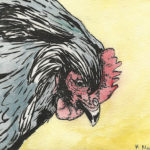 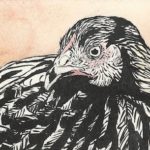 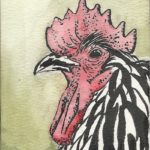 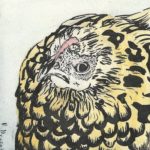 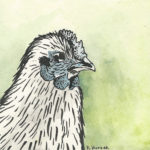 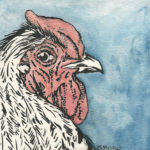 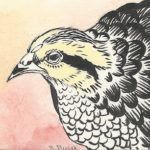