[image_with_animation image_url=”7110″ alignment=”” animation=”None” box_shadow=”none” max_width=”100%”] Monotypes are one of a kind prints made from an unetched plate. Ink is applied to the plate, and then additive or subtractive processes with ink form an image. For my monotypes, I used a rag, a soft brush, a stencil, a makeup sponge, and a pencil shaped dowel to add or remove ink. I also experimented with odorless mineral spirits, and rubbing alcohol. Once the image is formed, damp paper is set on the plate, and it is run through the press.

A trace monotype is made by laying damp paper down on an inked piece of plexiglass, then drawing a design on the back of the paper.  The drawing tool presses the paper against the ink, making a dark line on the front of the paper.  There’s often a smudgy look made by fingerprints, and a shadowy look around the line as the pressure, and therefore the amount of ink, fades away from the line.

Below: trace monotypes on the left, and then the printed monotypes (showing the ink that was left on the plate after tracing) on the right. 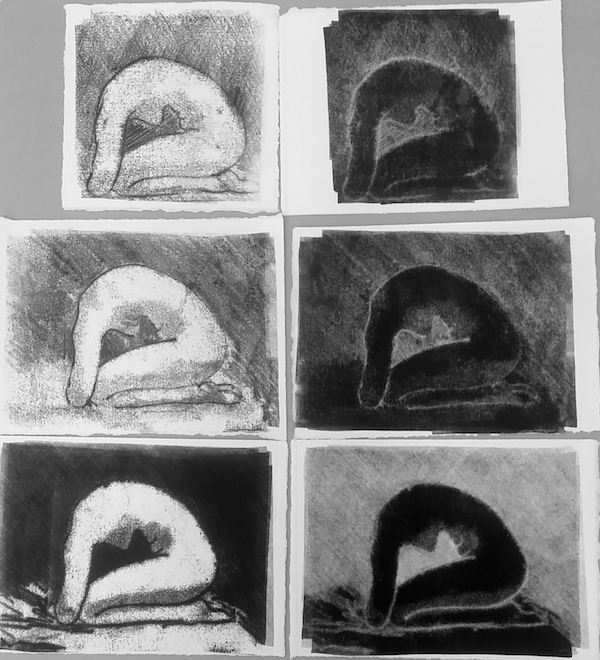 I was up until 2am making monotypes the other day. I knew I should go to bed, but I couldn’t stop. Every time I pulled the paper from the press I’d get a little rush of surprise and discovery at the effects of my experiments. Then I’d look back at the plate, the soft tones of grey left over from the press, the subtleties now open for new definitions, and I’d get another idea. I thought “what if I tried brush strokes this way” or  “what if I tried softer shading” or “what if I went darker here.”

Other forms of printmaking come with an expectation for perfection, so I have a more difficult time just playing. Monotypes have an informal “sketch” quality,  so each little print really did feel like an open experiment, just as the little successes, the little misses and imperfections were invitations to try again. The process kept me at the most active level of learning.

For me, a blank sheet of paper inspires nothing, but looking at the suggestions from the ghost ink was a very effective creativity opener. Every time I thought I was done I looked back at the plate and thought “I’d like to try this next thing, I’ll just make one more.” Each little monotype took under 30 minutes, and this went on for hours. I was so inspired by the “and now…” quality of the process, that even after cleaning the inking station, I went to clean the plate and saw the ghost image of my last pressing, and I dug the ink out of the garbage to do one more. I like monotypes. 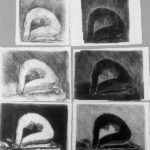 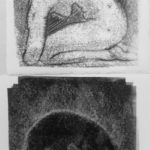 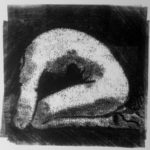 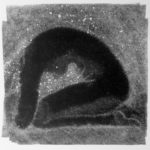 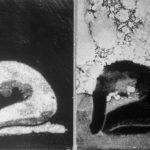 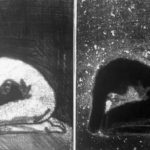 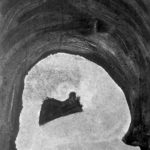 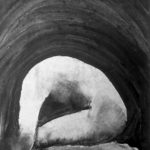 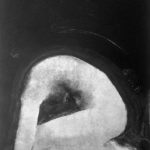 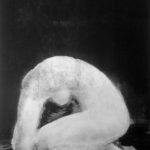 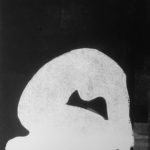 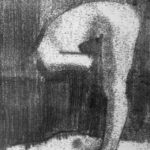 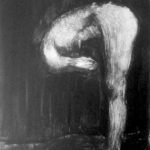 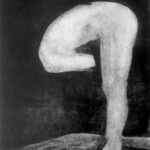 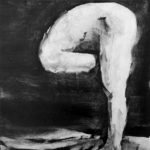