Wiki: Sara Rahbar (born in 1976 in Tehran, Iran) is a contemporary, mixed media artist based in New York City. Her work ranges from photography to sculpture to installation and often stems from her personal experiences and is largely autobiographical.
In 1982, Rahbar and her family fled Iran during the beginning of the Iranian Revolution which has left many traumatic memories that have influenced her work.

Rahbar studied at Fashion Institute of Technology from 1996 until 2000 and in 2004 she continued her education at Central Saint Martins College of Art and Design in London.

The first body of work that created international recognition for the artist was the Flag Series (2005–2016), in which traditional fabrics and objects are reworked as collages that form various incarnations of the American and Iranian flag, exploring ideas of national belonging, as well as the conflicting role of flags as symbols of ideological and nationalistic violence. 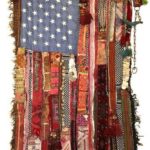 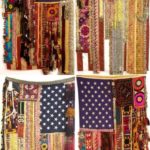 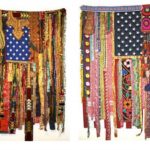