I’ve loved Franz Kline’s black and white abstracts for years. I didn’t know until recently that the forms were sparked by the shapes of a rocking chair, and that he used a projector to see his inspirations large on the wall before he painted. OMG because I use a projector too! I must be just like Franz Kline. But… it was William de Kooning’s projector. What did he use it for? 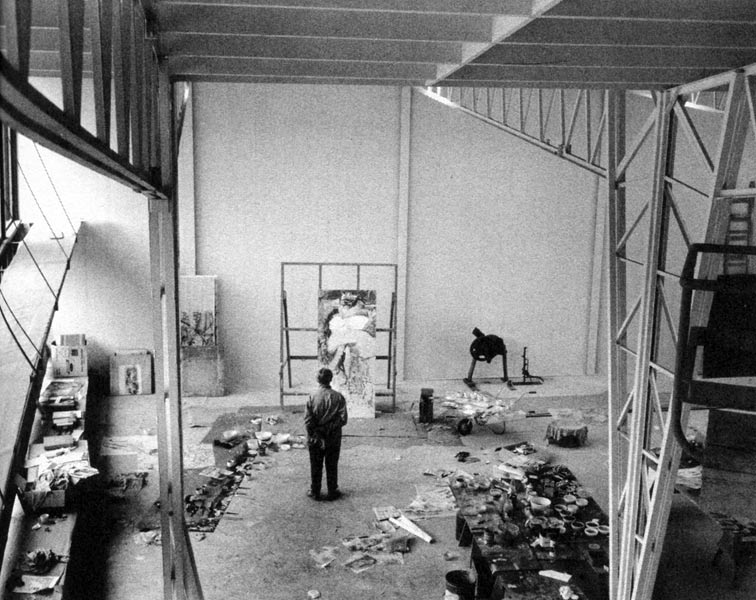 From Wikipedia:
It is widely believed that Kline’s most recognizable style derived from a suggestion made to him by his friend and creative influence, Willem de Kooning. A romanticized interpretation of events by Elaine de Kooning   described how in 1948, Willem de Kooning advised an artistically-frustrated Kline to bring in a sketch to his studio and project it onto a wall with a Bell-Opticon projector. Kline described the projection as such:

“A four by five inch black drawing of a rocking chair…loomed in gigantic black strokes which eradicated any image, the strokes expanding as entities in themselves, unrelated to any entity but that of their own existence.” 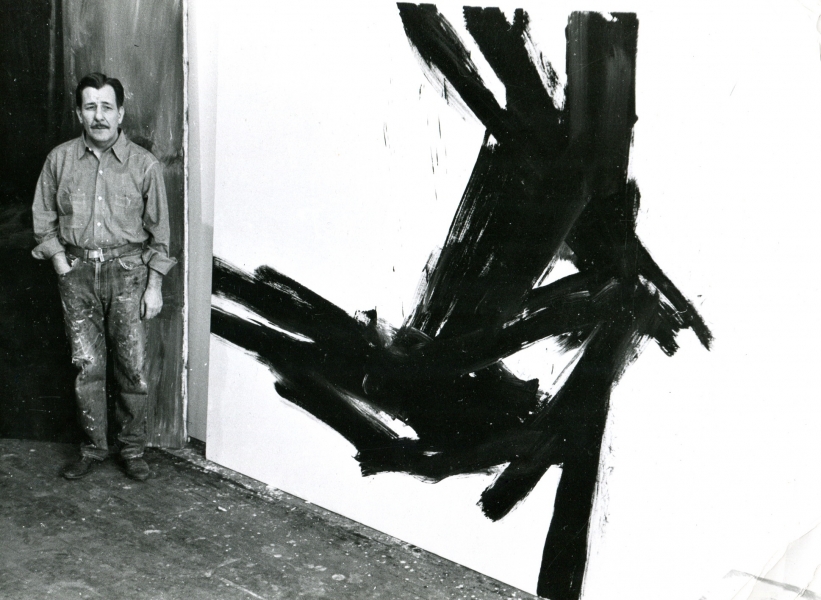 As Elaine de Kooning suggests, it was then that Kline dedicated himself to large-scale, abstract works. Over the next two years, Kline’s brushstrokes became completely non-representative, fluid, and dynamic. It was also at this time that Kline began only painting in black and white. He explains how his monochrome palette is meant to depict negative and positive space by saying,

“I paint the white as well as the black, and the white is just as important.”  – Franz Kline (wikipedia)