The chicken paintings featured in this V-Note are by Endre Penovác.

The chicken letter that follows was written in 1870, sent to the Poultry Society. The title proclaims it’s a manual about how to raise fine poultry. The content, however, renders itself informational for how to steal birds from your neighbor (or yourself, if you’re an idiot). It was signed by Mark Twain. [divider line_type=”Full Width Line” custom_height=”30 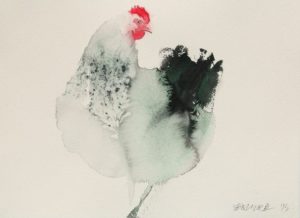 –[Being a letter written to a Poultry Society that had conferred a complimentary membership upon the author. Written about 1870.]

Seriously, from early youth I have taken an especial interest in the subject of poultry-raising, and so this membership touches a ready sympathy in my breast. Even as a schoolboy, poultry-raising was a study with me, and I may say without egotism that as early as the age of seventeen I was acquainted with all the best and speediest methods of raising chickens, from raising them off a roost by burning lucifer matches under their noses, down to lifting them off a fence on a frosty night by insinuating the end of a warm board under their heels. By the time I was twenty years old, I really suppose I had raised more poultry than any one individual in all the section round about there. The very chickens came to know my talent by and by. The youth of both sexes ceased to paw the earth for worms, and old roosters that came to crow, “remained to pray,” when I passed by. 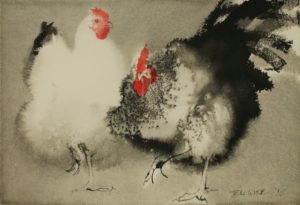 I have had so much experience in the raising of fowls that I cannot but think that a few hints from me might be useful to the society. The two methods I have already touched upon are very simple, and are only used in the raising of the commonest class of fowls; one is for summer, the other for winter. In the one case you start out with a friend along about eleven o’clock’ on a summer’s night (not later, because in some states– especially in California and Oregon–chickens always rouse up just at midnight and crow from ten to thirty minutes, according to the ease or difficulty they experience in getting the public waked up), and your friend carries with him a sack. Arrived at the henroost (your neighbor’s, not your own), you light a match and hold it under first one and then another pullet’s nose until they are willing to go into that bag without making any trouble about it. You then return home, either taking the bag with you or leaving it behind, according as circumstances shall dictate. N. B.–I have seen the time when it was eligible and appropriate to leave the sack behind and walk off with considerable velocity, without ever leaving any word where to send it. 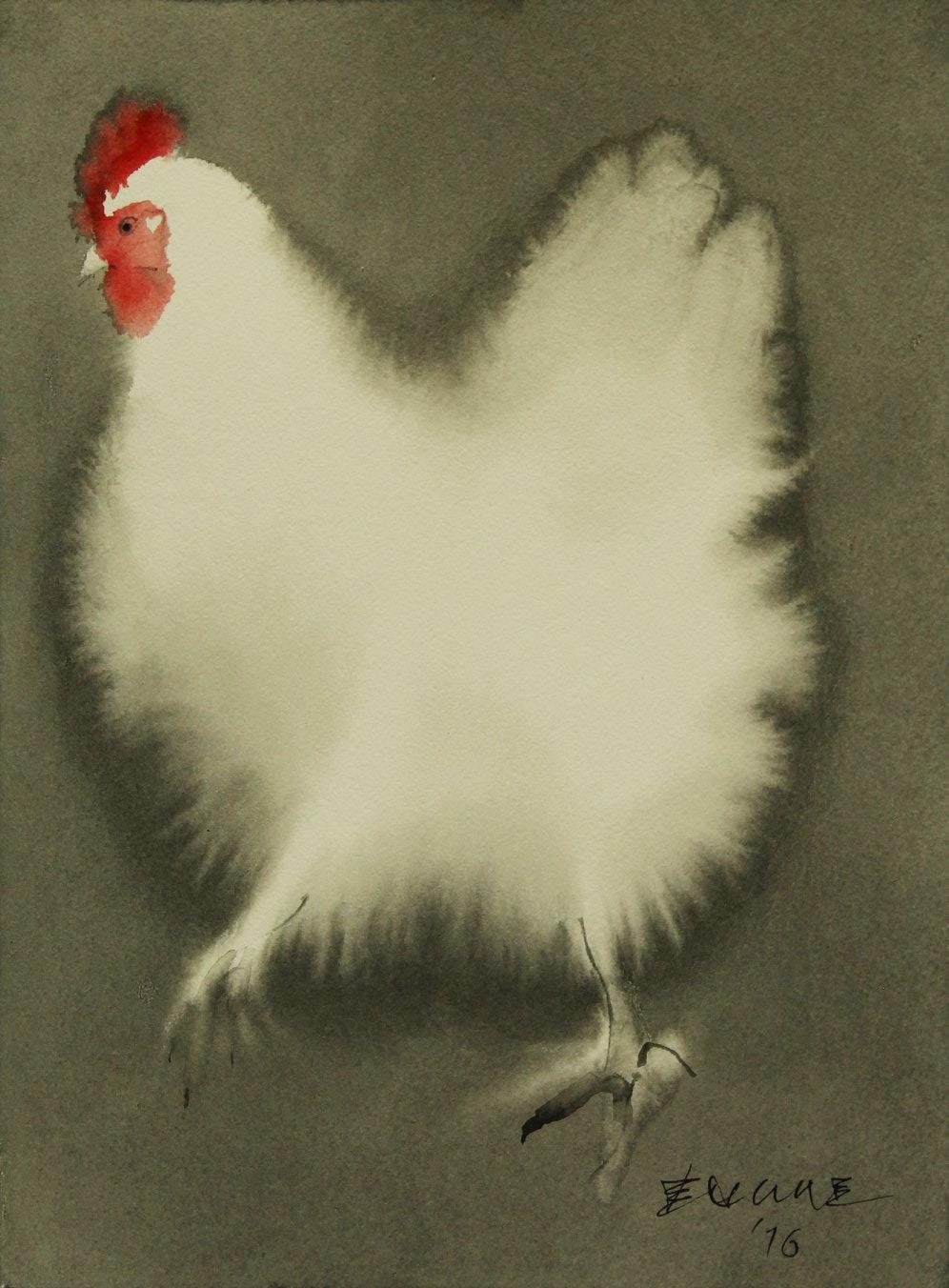 In the case of the other method mentioned for raising poultry, your friend takes along a covered vessel with a charcoal fire in it, and you carry a long slender plank. This is a frosty night, understand. Arrived at the tree, or fence, or other henroost (your own if you are an idiot), you warm the end of your plank in your friend’s fire vessel, and then raise it aloft and ease it up gently against a slumbering chicken’s foot. If the subject of your attentions is a true bird, he will infallibly return thanks with a sleepy cluck or two, and step out and take up quarters on the plank, thus becoming so conspicuously accessory before the fact to his own murder as to make it a grave question in our minds as it once was in the mind of Blackstone, whether he is not really and deliberately, committing suicide in the second degree. [But you enter into a contemplation of these legal refinements subsequently not then.]

When you wish to raise a fine, large, donkey voiced Shanghai rooster, you do it with a lasso, just as you would a bull. It is because he must choked, and choked effectually, too. It is the only good, certain way, for whenever he mentions a matter which he is cordially interested in, the chances are ninety-nine in a hundred that he secures somebody else’s immediate attention to it too, whether it day or night. 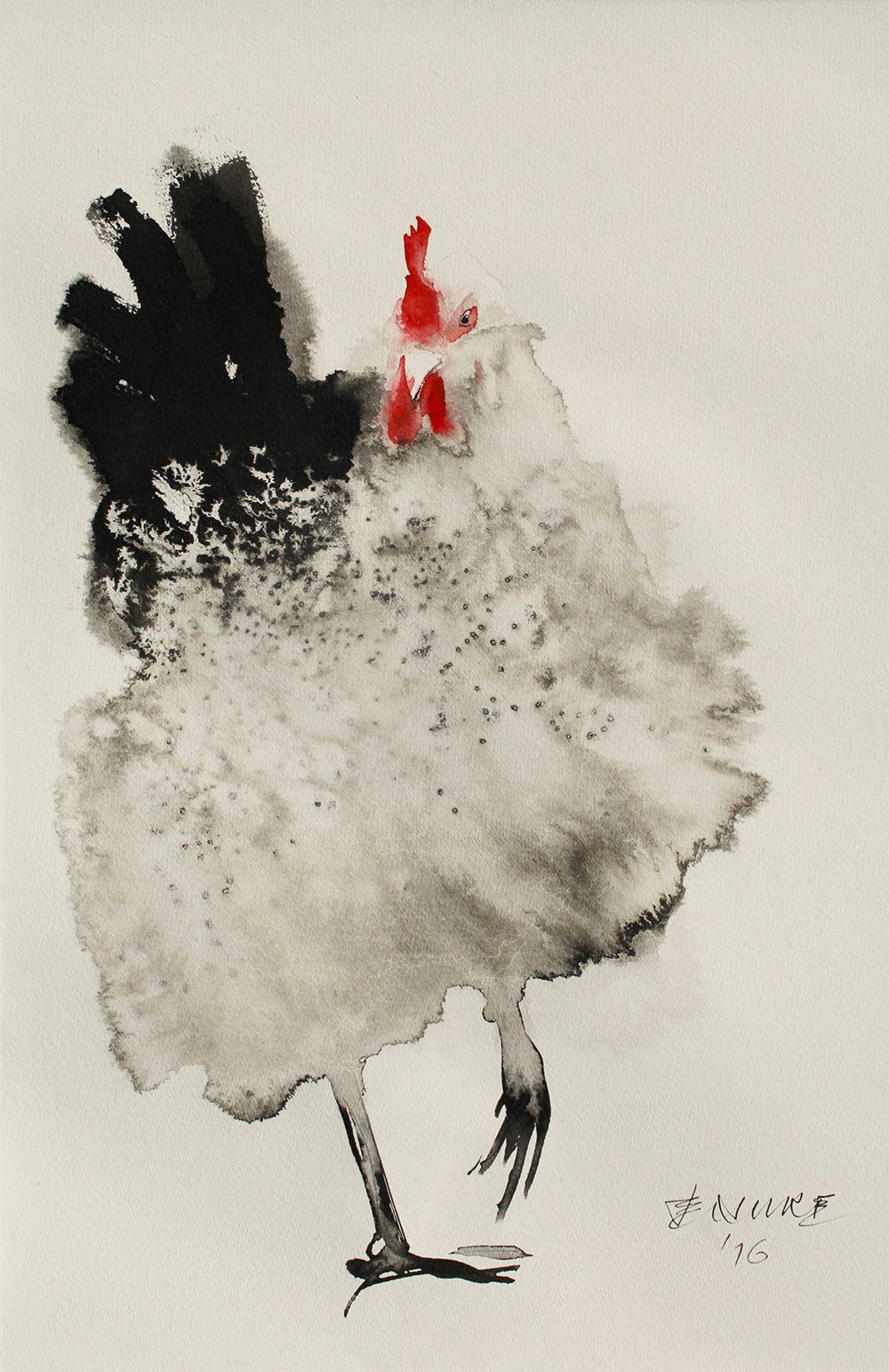 The Black Spanish is an exceedingly fine bird and a costly one. Thirty- five dollars is the usual figure and fifty a not uncommon price for a specimen. Even its eggs are worth from a dollar to a dollar and a half apiece, and yet are so unwholesome that the city physician seldom or never orders them for the workhouse. Still I have once or twice procured as high as a dozen at a time for nothing, in the dark of the moon. The best way to raise the Black Spanish fowl is to go late in the evening and raise coop and all. The reason I recommend this method is that, the birds being so valuable, the owners do not permit them to roost around promiscuously, they put them in a coop as strong as a fireproof safe and keep it in the kitchen at night. The method I speak of is not always a bright and satisfying success, and yet there are so many little articles of vertu about a kitchen, that if you fail on the coop you can generally bring away something else. I brought away a nice steel trap one night, worth ninety cents. 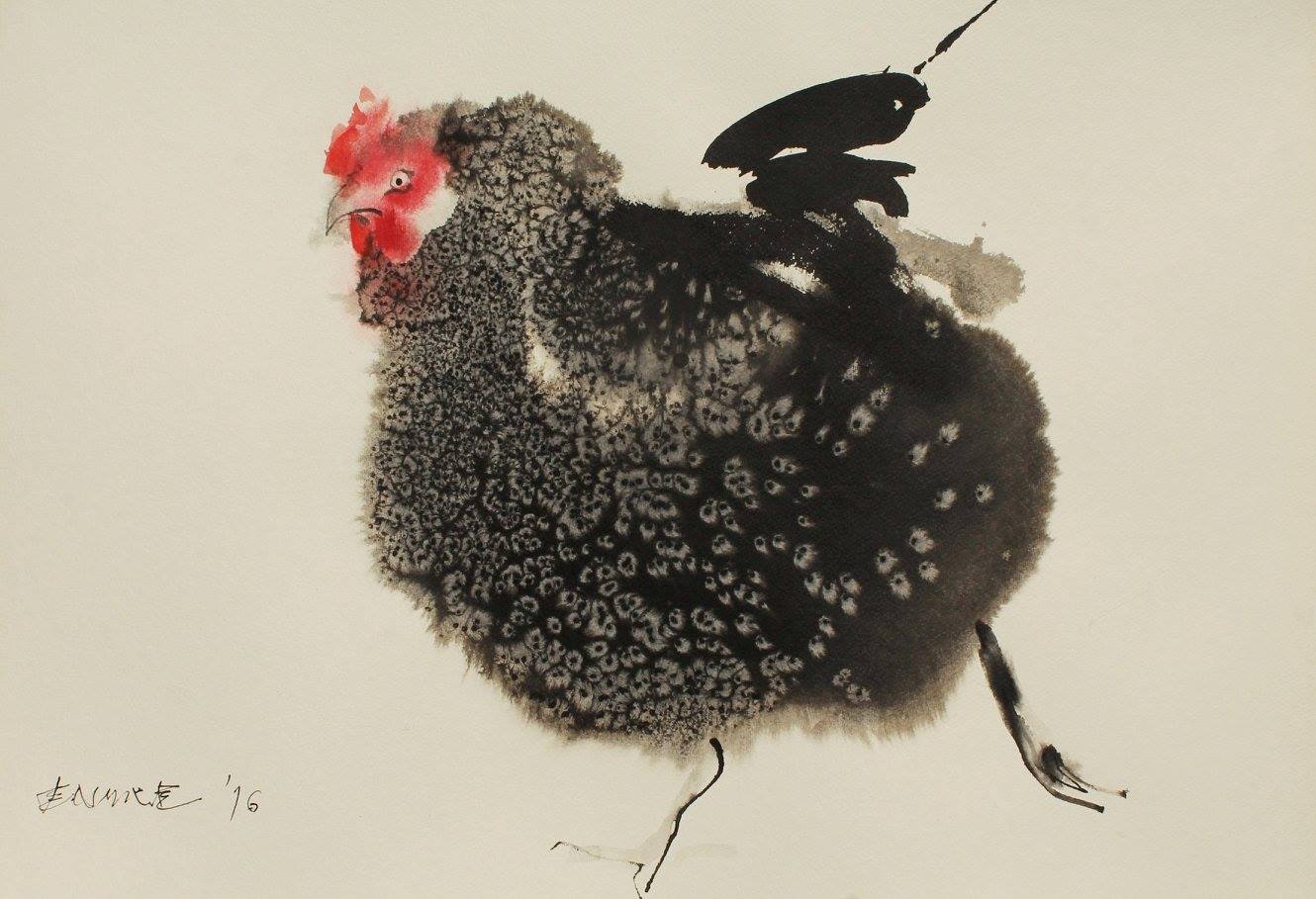 But what is the use in my pouring out my whole intellect on this subject? I have shown the Western New York Poultry Society that they have taken to their bosom a party who is not a spring chicken by any means, but a man who knows all about poultry, and is just as high up in the most efficient methods of raising it as the president of the institution himself. I thank these gentlemen for the honorary membership they have conferred upon me, and shall stand at all times ready and willing to testify my good feeling and my official zeal by deeds as well as by this hastily penned advice and information. Whenever they are ready to go to raising poultry, let them call for me any evening after eleven o’clock.

Below: This is not a chicken (it is a goat) but it is still good to look at.