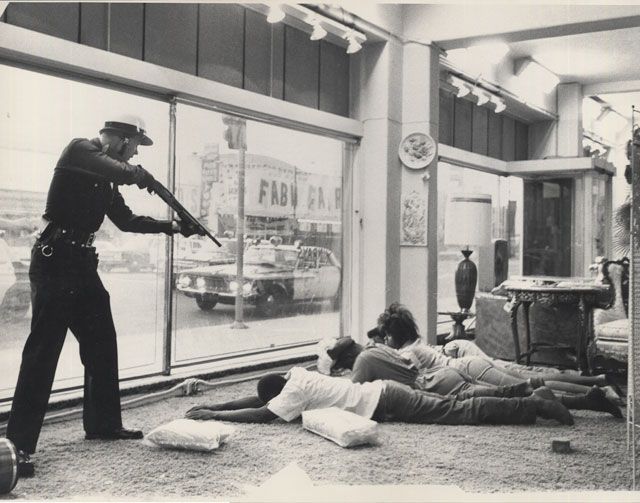 After the election I experienced a reality shift. It was something I found neither productive nor pleasant, but it happened. I’m not sure if it affected my pictures, or if it would have affected them if I was painting them, but I wasn’t. What it did effect was how I viewed the the school. While a painting did not need to be political, an art school, any art school worth my time, would need to be political. I could see the League had a role to play.

After the shock and nauseous bruising of election night, the League opened its doors and became a safe and creative sanctuary for our members. Later, we opened our doors to the public and hosted a poster making party in preparation for the Women’s March (thank you Caren!). This party was well attended and lively. More than that, the League functioned as supportive community. At the start of every studio session my class sits around tables together and talks. We talk about anything that’s coming up: materials, techniques, strategies, challenges, moods, ideas, anything that comes up. We talk as friends and we talk as artists. After the election we shared how we were making our way with the news events. Whether we painted flags or flowers we provided each other with peer support and insight, and we continued to find ways to be genuine with our creativity. Over time, we found (and continue to re-find) our way with the unsettling foundations of world events. [image_with_animation image_url=”5051″ alignment=”” animation=”None

“Whatever our chosen palette, the practice of understanding the importance of our own creative engagement is a source of potential change on its own, and a space where valuable insight can be found through reflection and sharing.”
– Annette Bloom, Huffington Post 3/21/16

In addition to the supportive round table, in the light of recent events I wanted the League to offer a creative space that would specifically foster political responsiveness through art. I also wanted to offer context through history so we could better understand how artists of the past responded to war, upheaval, and suppression. I called this genre “art in times that suck.” I added 2 classes to the spring schedule: “Resist! Studio” with process art punk Jon Patrick, and “Resist! WTF Art History” with the bold and exceedingly knowledgable Suzanne Walker.

I didn’t know what the art world would do, and then I remembered “We are the art world, so lets do it.” We start Friday April 21st.

Some of the most powerful art movements in history were sparked by social and political turmoil. In the 20th century, artists responded to war, fascism, and devastation with Dada, Cubism, Neo-Expressionism, and Capitalist Realism. In times that suck, the making and consumption of art continues. What will we, as artists, do now? Join us, and we’ll find out together.