Janet Fish is known for her large, bold, still life paintings and drawings that study how light bounces through and off various surfaces. Among her favorite subjects are produce incased in plastic wrap, clear glassware and liquids.  Other subjects include teacups, flower bouquets, textiles with interesting patterns, goldfish, vegetables, and mirrored surfaces. Her work has been characterized as photorealist, although she does not consider herself a “photorealist,” possibly objecting to the way “photorealism” infers that the source view is the camera, and not the eye of the artist.  Elements such as composition and use of color demonstrate her point of view as a painter rather than a photographer. 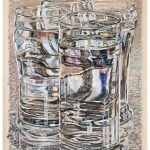 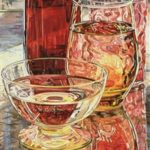 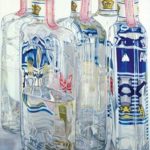 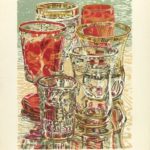 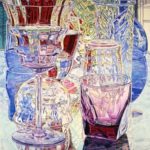 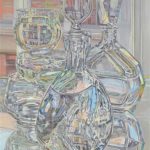 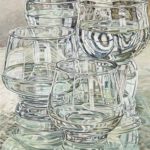 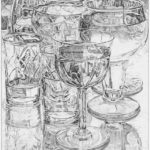 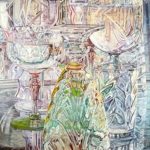 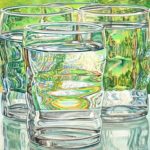 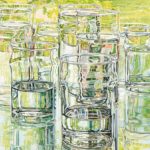 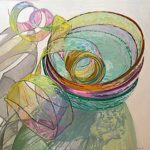 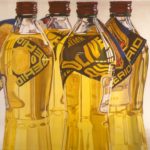 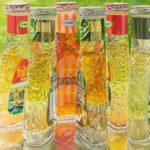 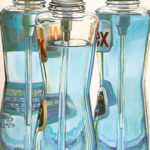 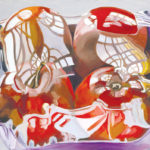 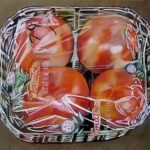 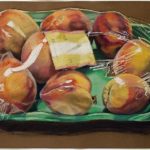 [divider line_type=”Full Width Line” custom_height=”20 Below: An excerpt from Peter Malone, posted on HyperAllergenic 1/28/16. You can read the full article here.

Among several modes enthusiastically adopted by painters in the last century, spontaneity is still held in the highest regard. Having proved durable for artists of varying ideologies and orientations, spontaneity has been transformed from a method to a value. Overworking an image, a technical misstep one assumes was as common in the past as it is today, is no longer understood as a misstep but as an insufficient appreciation of the extemporaneous. Our ubiquitous taste for color in the higher keys is also a direct result of our collective loyalty to this and to other assertive painting methods. Color is likely to be cleaner and more intense if applied in uninterrupted passes over a prepared surface.

These generally accepted values — intense color and spontaneous execution — defined the ground on which representational painters made peace with their abstract brethren in the early 1960s. What ties the work of Lois Dodd and Neil Welliver to the period that saw the rise of Kenneth Noland and Frank Stella is a shared bias toward directly applied and unadulterated color, and it is on this same ground that Janet Fish has thrived for decades, exploring in subtle ways the boundaries of representational and abstract painting.

Posted in vnotes.
Share
PreviousWhy I object to the term “photorealism”
NextNativity Paintings from around the World