This is a man who became an artist because he missed a train. He was walking in a Manchester suburb, and as he took in the scene he was overcome by an urge to paint it. He then decided to become an artist.

“I don’t know why I paint these scenes, I just paint them.”

What a matter-of-fact sort of fellow Lowry is. [image_with_animation image_url=”3461″ alignment=”” animation=”None Born in 1887, Lawrence Stephen Lowry lived and worked in Manchester. In 1905 he attended Manchester School of Art and was inspired and influenced by the work of his teacher, the French Impressionist Pierre Adolphe Valette. Lowry’s scenes are about people in an industrialized world. Look at the figures, how they push through their commute, void of personal identity. They are physically confined by buildings, suppressed by dirty air, in the paintings there are no trees. 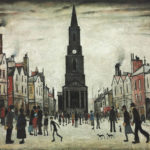 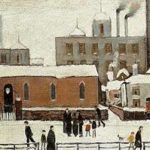 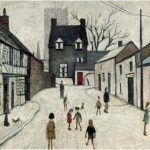 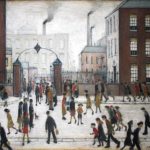 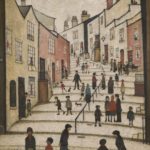 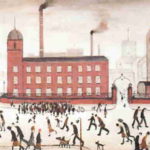 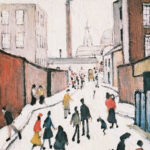 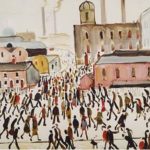 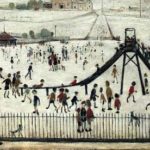 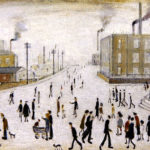 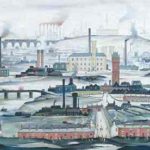 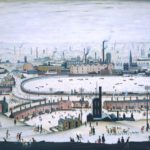