The article below has some good stuff, but it also misses some of my personal favorite points about how European artists were effected by Japanese art. In the mid/late 1800’s, European art was based on stodgy old realism, and Japanese artists had the crazy idea of using their imagination. In these Japanese prints, proportions are changed, angles are shifted, and the print is celebrated as a flat image. European painters like the impressionists loved the palette of secondary and tertiary colors, the patterns, the liberties taken with forms, and the strong elegance of asymmetrical compositions. The Japanese also valued fluid disciplined practice, deceptively simple brushstrokes – made in apparent lightness of spirit – while the Europeans were belabored with impressing the critics with “masterworks” at the salon.

The Japanese had more of a deeply transforming effect on art than “There’s a kimono in this painting” and “don’t those eyes look funny.” Also, minus 50 points for not including Mary Cassatt. More on this later. [image_with_animation image_url=”2288″ alignment=”” animation=”None

8 Great Artists Who Were Inspired by Japan

In 1854, the United States used its navy (Black Ships) to force Japan into (unfair) trade agreements. Before this time, Japan was relatively closed to the Western world. When news spread of American success in opening up Japanese markets — European governments sent similar expeditions to ink their own trade agreements.

Japan’s markets were suddenly flooded with foreign goods. The Japanese economy needed to produce goods that would sell on the international markets — and quick. One thing that started to flow out of Japan in large volumes was art.

By the 1860s, several well known European and American artists were avid collectors of Japanese art. It influenced their work. This influence was so great that a new phrase took the art world by storm in 1872 — Japonisme.

Japonisme is the influence of Japanese art (especially ukiyo-e wood block prints) on impressionist painters of the late 19th century. It also applies to later influences upon Art Nouveau and Cubism. Artists influenced by Japanese art include:

In 1885, Van Gogh was starving — surviving on bread and coffee alone. Despite his poor financial condition he started collecting Japanese prints. By the end of his life 5 years later he had collected hundreds of them.

He incorporated elements of ukiyo-e into his style. In many cases, he openly copied ukiyo-e. Van Gogh once said that Impressionists are “the Japanese of France”. 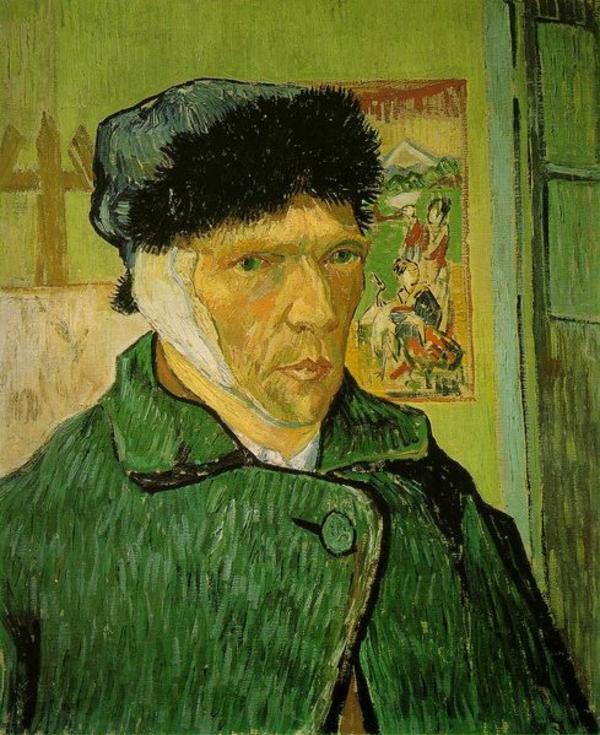 (ukiyo-e in background of a self portrait)

Toulouse Lautrec is widely recognized as one of the greatest painters of the Post-Impressionist period. He incorporated elements of Japanese art such as exaggerated eye expressions into his work. 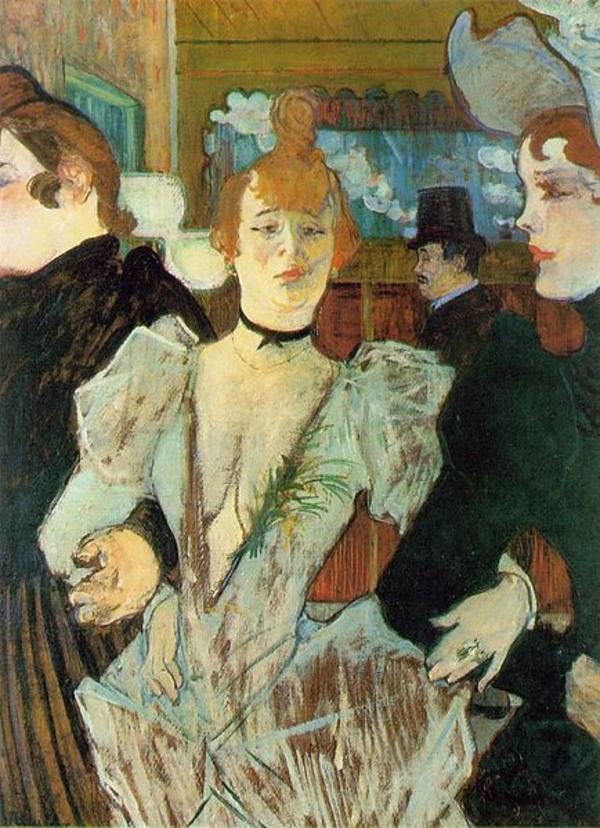 James Tissot was another French painter who experimented with Japonisme. He included Japanese paintings, objects and kimono into several of his best known works. 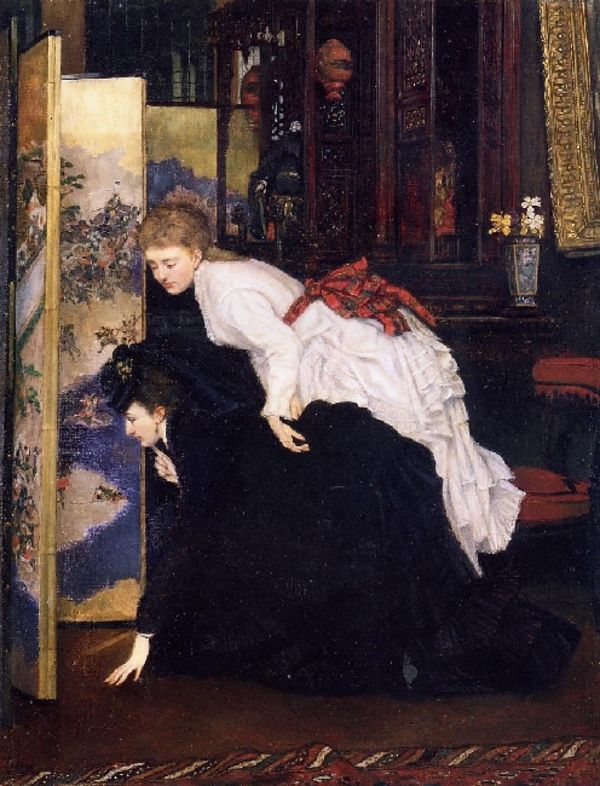 Impressionist great Edgar Degas was a collector of Japanese prints. He incorporated Japanese compositional principles into his work. 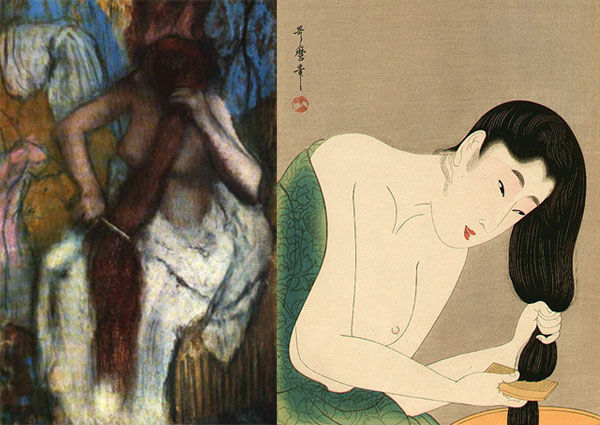 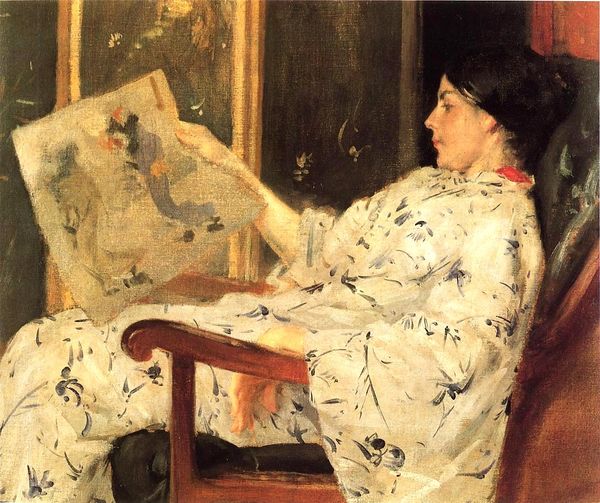 Edmund Charles Tarbell is another great American Impressionist painter who was influenced by Japanese Aesthetics. 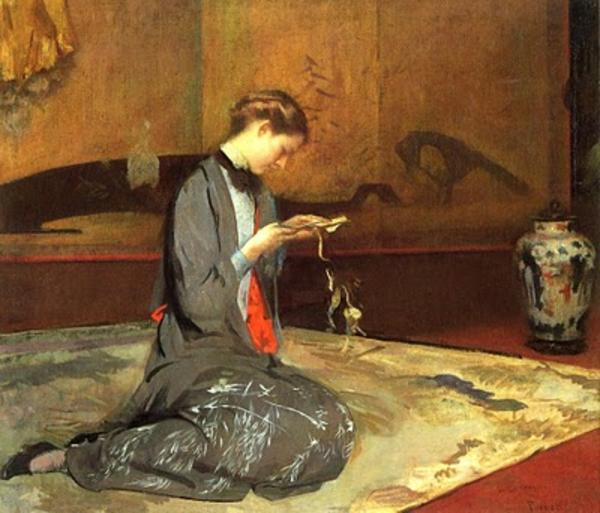 George Hendrik Breitner was a Dutch painter and photographer. His painting Girl in Red Kimono is considered a high point of the Japonisme movement. 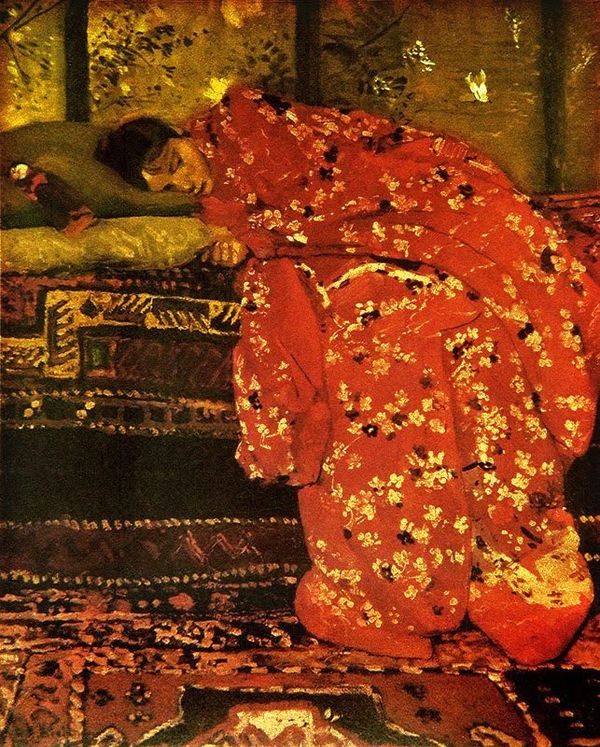 Manet is considered one of the founders of Impressionism. Japanese art influenced his style. 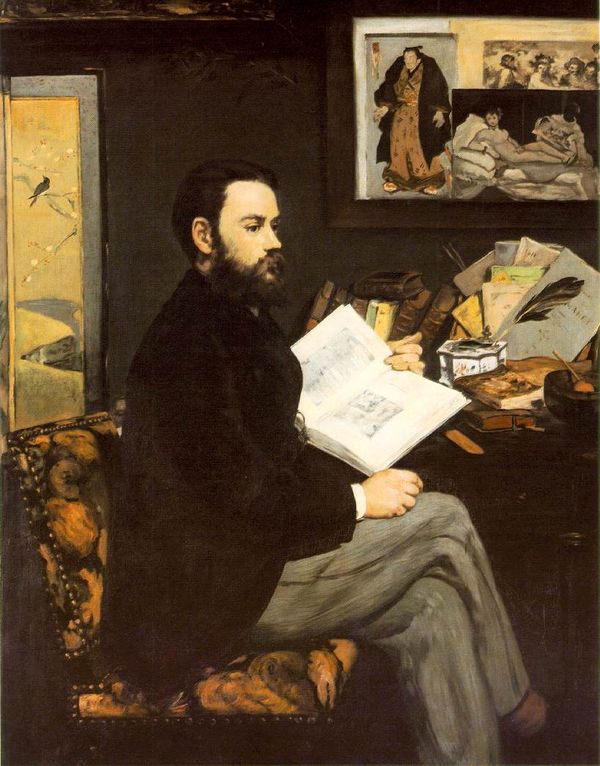